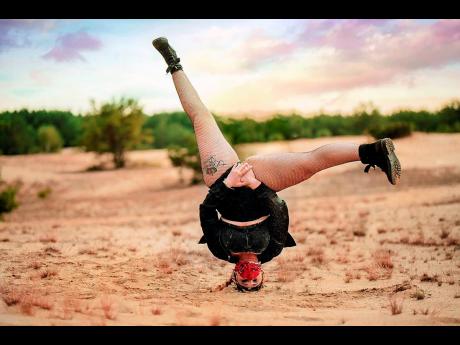 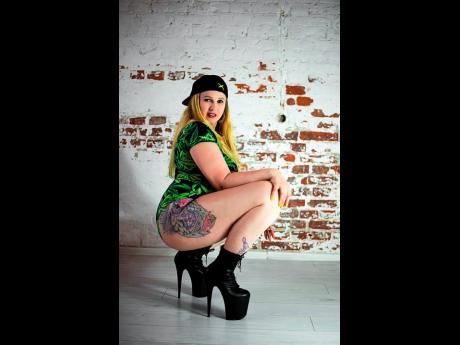 Ale Camara is tasting the sweetness of the Condensed Milk Challenge after dancehall recording artistes Cham and Spice announced her as the winner yesterday.

The dancer said she wanted to enter the Go Dung Deh challenge but that she was not eligible.

"As a European I could not enter, I saw it was for Jamaica and the Caribbean but as soon as I saw the Condensed Milk Challenge, I said this is for me. Plus, the money was big, so I had to invest in it, make sure it was done professionally and show I understood the challenge. Now, the prize is mine," Camara told THE STAR.

The prize was US$5,000, which Camara said the entertainers have already handed over, for which she is more than grateful. She has been dancing for 20 years, studying dancehall for 15 of those years and was Poland's 2014 Dancehall Queen. She then won the competition for Slavic Dancehall Queen in 2017.

In her efforts to study dancehall, Camara has travelled back and forth to Jamaica where she has taken lessons, choreographed and collaborated with other dancers, and been cast in music video shoots with some of Jamaica's top acts including Ding Dong, Charly Black, Vershon, Voicemail and Vybz Kartel.

Camara said "I am most proud of the Dancehall by Vybz Kartel. There's my big face buying a Magnum in the shop and a lot of me dancing in the street, and it was not planned. I had just got a call from Queen Latisha to go to the shoot. As soon as I reached Jamaica, she was the one who introduce me on the scene."

Camara was last in Jamaica in January 2018 before she returned to Poland where she gave birth to her son, who, she shared, is of Jamaican heritage.

"My husband (my child's father) is Jamaican; he used to have a jerk pan. Here in Jamaica he is a chef and he will do jerk now and then for festivals but not much people know about Jamaica where we live," she said. Camara has previously entered dance competitions some of which she wishes she could forget.

"I remember I would go the dance where Boom Boom was giving away appliances like washing machine and so on. I finally win one of those fans with the AC cooling options and the people in the dance try to take it away from me. I couldn't travel back to Poland with it anyways. The plan was to leave it with my husband's family," Camara recalled.

Camara wants people to recognise that her win was "well-deserved" for the "knowledge, creativity and the appreciation she showed for dancehall" in the video she submitted.

"The feedback was fairly good, and yes, people said I wasn't Jamaican and that I didn't have one black of black in me but I expected it. When it's for the party, or for the applause or for a small amount of money it's okay. But there are some who will always say I don't need the money but I also have a child and dance is my profession so, it is hard for me too," she said.

"I would like people to know I am not just a girl who knows who is Spice and Cham or their music; I didn't just drop from sky. I've paid my respects and money to the culture to learn every time I visited. Dancehall sweet and I'm happy I won this," Camara continued.