Chivea longs to show Jamaica what he can do 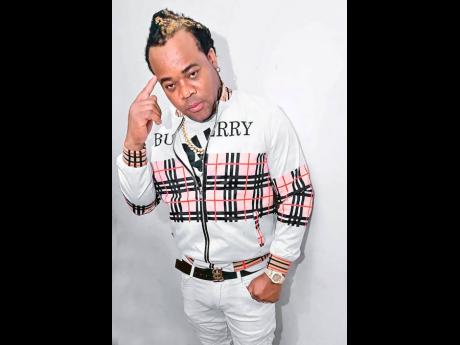 Philadelphia-based dancehall artiste Chivea is waiting for the Jamaican Government to give the green light to the entertainment sector to reopen.

The Jamaica-born artiste said that he wants "to properly take on the streets" and show the Jamaican audience what he has to offer.

"The entertainment scene here is live, Philly nice when it comes to dancehall. Every night is a party or round robin to promote. But we always miss Jamaica, if ah three years, three weeks or even three days a person stay away, dem miss it," he said. "Ah deh suh me come from, suh me can't give it up. What I need now is for the place to open up back because I would love to be on every major platform like Reggae Sumfest to the street parties and show people I have music for everyone to relate to, from conscious reggae to the dancehall."

Earlier this year, Chivea released a single titled Massah, produced by Rash Riddimz, which he said earned the respect of the dancehall fraternity in the US state.

Born in Linstead, St Catherine, the deejay said he was inspired to use a term he heard elders use while growing up.

The artiste is preparing to host a big birthday bash this weekend after spending a quiet 40th last year. The 'Massah Birthday Bash' is this Friday, December 3 in Philadelphia. Immediately after Chivea heads to New York to perform for an event on his birthday, Sunday, December 5.

Last year, Chivea and Macka Diamond collaborated on the single Back It Up and performed together on a number of events in the US. He said it has been the most rewarding part of his career to work with artistes like the Money-O hitmaker and Dwayno, who is another dancehall artiste based in Philadelphia. But there were rumours that he and Macka Diamond were dating, which he said caused some problems with his significant other.

"Anyways, my woman and I got past that, spent a quiet vacation for my birthday and we growing stronger than ever. I keep females in the industry as friends. With Macka, she is a friend that became family and we have been doing good work together," he said. Chivea said that he is working on a new project called Love The Girls Dem, with Rash Riddimz.

"I will approach the same way I did with Massah. I am trying to take on the streets, go hard with every project I do," Chivea said.