Kaseeno 51 not ashamed of past, focused on building future 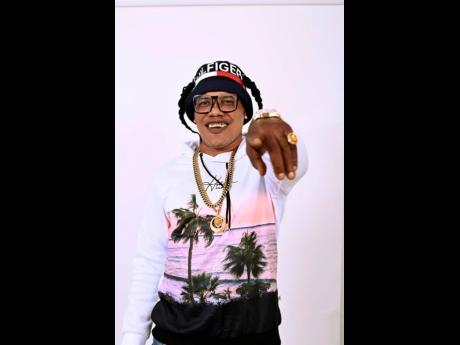 The latest social-media sensation, Kaseeno 51, says that he is not "all that new" but has created a different image and brand.

The Clarendon-born artiste, who has been showing up on the radar with a raunchy song titled Baby Come Over, has previously performed using his birth name, Vylmark Hamilton, and also using the moniker Maxibilian.

"I've always been doing music but not many will pick up on who I am. My stage name was changed over five times and each time I was a different character. But people don't realise because I also look different. The man people are posting with darker complexion is not me. That is Vylmark the gospel singer. But Kaseeno 51 is a brand, that is me now," he told THE WEEKEND STAR.

When asked if the use of a new stage name had anything to do with allegations that he was a kidnapper, rapist and murderer, Kaseeno 51 quickly responded: "I was never part of any incident of kidnapping or any of that."

"Yes...I've been incarcerated but it was for manslaughter and I am innocent, from the very start. The only thing I was guilty of is keeping my mouth shut. I spent 11 years, two months and 25 days in prison, was released on October 25, 2014 and I believe God took me out of the public and put me into that place to be safe and so that my daughter, whose life was being threatened, could be safe, too," he said.

As for his transformation, he said that as an artiste "you have to learn to mutate in the music business because if you stay the same way all the time, it will leave you behind".

Part of Kaseeno's 'mutation' involved him lightening his skin, which he said he only started doing last September, although the images have just now gone viral. He is unbothered that many persons joke about his complexion and overall image, believing that it only enhances his brand.

"I'm always a person who wants to make people smile. I was born a clown and so I'm happy to see so many people joking about my character. The world needs the laughs now. And for sure what Kaseeno 51 is bringing to dancehall is originality and good vibes," he said.

Kaseeno 51 said that the change is already proving to be a positive one. He is currently working with Troyton Music on an eight-track album.

"I think I have a lot to offer the music business. I encourage anyone out there, whatever you doing, if you believe in it, just make it on God's time because man's time is limited," he said.