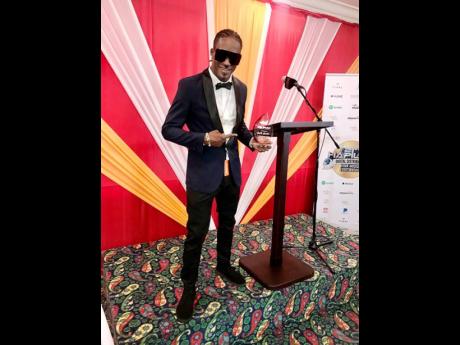 Shelly Belly shows his Street Recognition Award which he received from Hapilos for his contribution to ‘Street Culture’ in Jamaica. 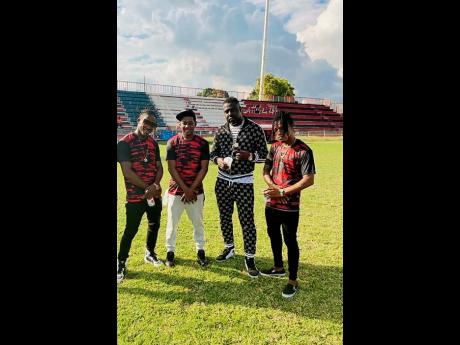 Shelly Belly attributes "a change of attitude" to a song which was made for his dance move, 'Knock E Ball'.

For several years the popular veteran dancer in the dancehall said that he was feuding with other dancers, both established and up-and-coming.

"People did see me and Energy inna 'tangalang', yuh know likkle disagreements and bad vibes over social media, and also me and Marvin always at it," Shelly Belly told THE WEEKEND STAR.

"But as a dancer that been around for a while, me realise me have to think like a legend and that type of thing can't happen right through. Me also say if dem nah mek the feud stop, me a guh dweet."

Shelly Belly said that for a while, he observed that several songs were released that were dedicated to dancing or dance moves and that he was not hearing his name.

"As a person dancing for 23 years, that never look right either. I saw that it was because there wasn't much unity and it looked like I was not setting an example by separating myself," he said. "When I made the dance move 'Knock E Ball', originally called 'Maestro'... di dance deh bout fi a while. I was told by dancehall recording artiste TugStar, who live inna Canada, fi change di name and the approach."

He returned to the drawing board and within a day, called TugStar who in turn recorded a song for the dance where he intentionally named the dancers.

"It was the best decision to change the name, too, because Knock E Ball is a unity song, like dancing is and like football is a unity sport. It calls every dancer to come together and dance; it mek the street nicer and then selector Boom Boom add fi him part to it. Him is a person weh always a talk 'bout ball game and unity," Shelly Belly said.

Speaking to THE WEEKEND STAR, TugStar expressed that dancing is the forefront of dancehall and if persons on the outside and overseas see them come together, it gives the genre and the culture a better image.

"I saw Shelly Belly doing the dance move on Instagram and asked him the name, but at the time what he called it never work. One of my main inspirations was what I saw happening within the industry, the violence and separation and had to make sure I call every - or as many - dancers' names to bring them together," the artiste said.

"It even earned the support of veteran dancehall act Bounty Killer, who is seen at Uptown Mondays doing the dance and makes a guest appearance in the Knock E Ball music video, which we recorded at the Arnett Gardens football stadium [Anthony Spaulding Sports Complex]. Like Shelly Belly said, we couldn't do it without Boom Boom either, who always urge them to unify. I plan to make my 12-track album as a tribute to this by naming it Knock E Ball," TugStar continued.