Imeru making use of every blessing 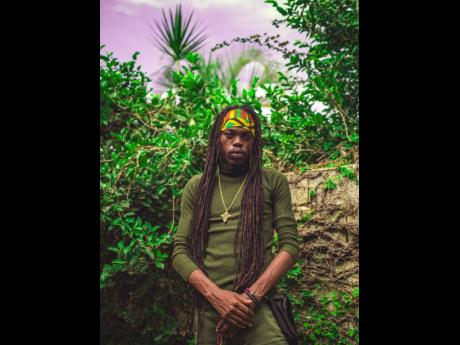 Third-generation reggae recording artiste Imeru Tafari is projected to carry forward the legacy of strong entertainers, including his mother, reggae singer Queen Ifrica, and ska and rocksteady pioneer Derrick Morgan, his grandfather. While his family is renowned, there is still a lot to be learnt about the up-and-coming entertainer who has evolved from the nervous 16-year-old protege who debuted on stage at Rebel Salute in 2010.

"I have been interacting with and learning from people I grew up listening to as a child, so I am humbled and ready to make use of every blessing," he told THE STAR.

He received his first major breakthrough with Silent Prayer, recorded on the Divine Majesty riddim, produced by Israel records and Sonovic music, and which featured songs by other reggae and dancehall entertainers such as Chronic Law, Kabaka Pyramid and 5 Star Celestial.

With the project being released in 2020, during the initial stages of the COVID-19 lockdown, Imeru was uncertain how he would progress without performances or other opportunities for in-the-street promotion.

"I honestly didn't expect so much support on YouTube because we were in the heat of the pandemic. After that release, I gained a lot of supporters on social media. I had to take hold of the small wins at that time, and it forced me to mature in the studio while voicing. I started to observe myself more and become my biggest critic. My vocal skills greatly improved after that," Imeru shared.

And others are recognising that maturity. He secured a feature on a track with dancehall sensation Popcaan, titled Elevate. The song has already garnered more than two million views on YouTube. In the song, he pays homage to his mother, calling her by her name Ventrice Morgan, which he shared was Popcaan's idea.

Imeru shared, "He calls her mama, just to show you the level of respect he has for her [so] when we were in the studio listening to the riddim, he mentioned it, and it manifested in the track. Queen Ifrica says a lot in her music, but as a mother, she acts upon those words. So as a child, I learned a lot of my core morals and principles from her actions. She lives by example as a Rastafari woman, and that has imprinted on me from day one."

Imeru says he has learnt a lot from Popcaan.

"Popcaan has taught me so much, and I feel blessed to be on the musical map. However, I care less about self-gratification and more about the process of learning through new experiences. I am more comfortable writing traditional reggae music. However, he showed me the possibility of exploring different sounds that will attract other audiences. I am a Rasta, but I'm also a Jamaican man, born and grown in Granville, St James. I know and share the experiences of a ghetto youth," he shared.

Despite the criticisms the dancehall genre has received as being violent, Imeru said that he is grateful to be part of the legacy of dancehall music and hopes for unity, especially among his Rastafarian brothers and sisters.

"Disunity in Rastafari has been happening for years because of different approaches to the lifestyle and teachings and spiritual beliefs, but we have to find a solution together. The ancients need to trust the younger generation and give them a chance to carry the baton and amend some of the issues," Imeru said.

"It's not only Rastafari has disunity. Humans overall are disconnected. We are all unique. We have our own face, fingerprint and voices. Conflict is inevitable. But people need to find patience to reason more and find solutions to problems peacefully by respecting each other," he concluded.