Darrio pleased with tour of Europe 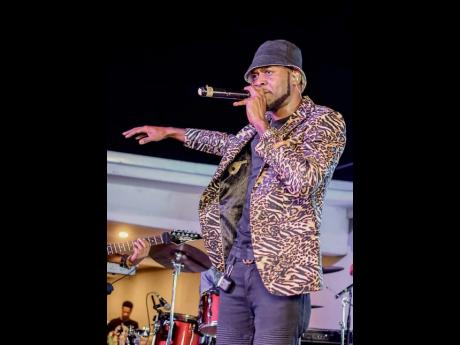 Following his performances at sold-out shows in Austria, Czech Republic and Germany, dancehall entertainer Darrio shares how he "plans to seize" other potential bookings on the European scene.

The artiste said that touring with other acts like Konshens since 2009 had prepared him for what to expect culturally and how to deliver to the diverse audiences.

"Those tours mek me know the region pon a different level. I was able to familiarise myself with the different cultures, also with the audience, which enjoys hearing a song in full," Darrio told THE STAR. He has been doing solo tours since 2017 and is delighting in the attention he is receiving internationally. The most recent tour found Darrio performing at the Na Nang Club in Vienna, Austria with Trench Town-raised reggae artiste Norris Man on May 27. Darrio also headlined a show at the Akropolis in Prague [Czech Republic] on May 28, performed alongside Jamaica's Dance Xpressionz for a special stage show segment at the CDC Festival in Berlin [Germany] on May 29, and appeared again in Vienna on June 3 at the Afreeka Luv Festival.

He also performed at the album launch for Zimbabwean reggae artiste I Jahson. They collaborated on the single No Bush Weed and recorded a music video during the visit.

"I think I have become more rounded with my music and craft," Darrio said, adding that he has included elements from other genres. "I also have a lot of meditation music."

There are plans to return to Europe between late August and early September after the major festival season.

"I'm also trying to play my cards right because the one place I always wanted to perform in Europe that I have yet to, is Malta, and I see our Jamaican events launching out into that market," Darrio said.

He revealed that he is eyeing Dream Weekend's 2022 staging in Malta [September 8 to 11] as a potential stage to make an appearance. But he said that the right connections have not yet been made.

Currently in New York, Darrio is preparing to return to Jamaica where he heads back into intense rehearsal sessions with the Fyah Force Band, which did not get to accompany him on the European tour. He is also excited for the pending summer release of his eight-track EP titled Girls Trip.