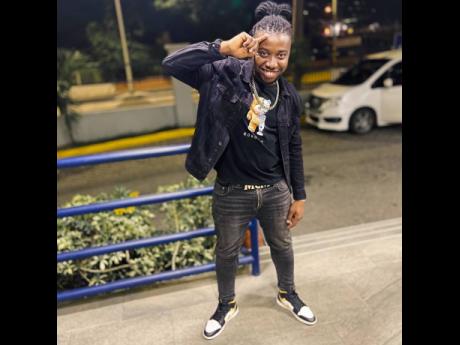 Shannarey Brown can be described as a master of his craft, as the 25-year-old audio engineer and music producer has been working in the industry as early as age 14.

Operating under the label Dinesty Kxng Muzik, Dinesty King is currently putting together several projects that he believes will set a precedent.

"Music has always been embedded in me, and I am proud to know that I am able to add to my nation's culture by continuing to create and drop authentic dancehall projects. My next release will be the 'True Effect' juggling that I plan on releasing over the next few weeks," he said. "All the artistes on this beat delivered tracks that appeal to a different demographic, and having that quality means the project is sure to make a global impact."

The juggling hosts several young stars, including Topmann, Slick One, Lavish and Navino, covering issues such as betrayal, hardships and ultimate success.

Though Dinesty King is gearing up to drop the rhythm, the young producer has already begun putting the final touches on his 'GLE' rhythm, which is slated for release later this year.

"I'm always working, so even though I'm about to drop a riddim, I still have to think about what I'm going to drop next to make sure that while my marketing team is working, the production team can continuously add projects to the pipeline. I'm thankful for where the art has taken me, and I am confident that brand Dinesty is about to enter a very fulfilling season through hard work and proper timing," he said.

For his impending releases, Dinesty King has secured tracks from artists like Teejay, Jah Torius and Prohgres.