40 Shades of Gayle on Saturday 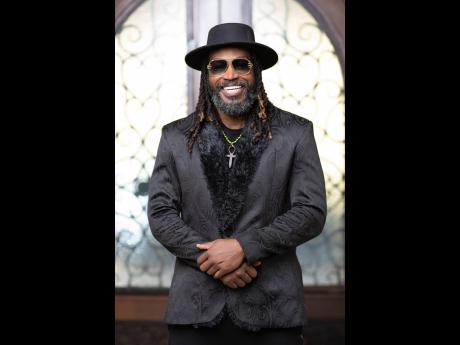 Chris Gayle's Chancery Hall residence will play host on Saturday night to his 40 Shades of Gayle 2.0 star-studded birthday bash. The event has an all-inclusive entry fee of $15,000 per person, however, the superstar cricketer is pledging all the proceeds to charity.

"This is the second edition of 40 Shades of Gayle. I'm actually celebrating my 43rd but 40 Shades of Gayle is a brand now ever since I held my first one a few years ago. Normally my birthday parties are fund-raisers for my foundation. Whatever money I make from the event, I donate it to my charity," said Gayle, who also has a career in music business under the moniker Universe Boss.

Gayle, whose birthday is actually September 21, further told THE WEEKEND STAR that giving back is his pleasure and his passion and mentioned that his cricket academy has been on pause for three years now, but he is hoping to attract sponsors and start the ball bowling again soon.

"I have the platform and I always give back ... to Lucas Cricket Club in particular. Right there.... that is my foundation from Rollington Town and you always have to remember where you are coming from," Gayle stated.

Gayle is known for partying with as much gusto as he plays cricket and, if the past events are the yard stick, then Saturday night in Chancery will see the red carpet roll-out in a massive way. He has been in full promotion mode for the past months, getting the word out to his more than four million followers on social media. Earlybird tickets for the event were available from July 22.

For this year's staging of 40 Shades of Gayle, dancehall artiste Masicka will be the featured performer, but Gayle, whose burgeoning music career has seen him amassing 58 million views on a collab with Indian artiste Emiway Bantai didn't say if he will grace the stage.

"Everybody knows that I love to party and I am excited about it. It's all-inclusive ... food and drinks on the house. It's 40 Shades of the Universe Boss himself. September 17 is going to be a movie," Gayle promised.

DJs Kurt Riley and Johnny Kool will control the turntables.