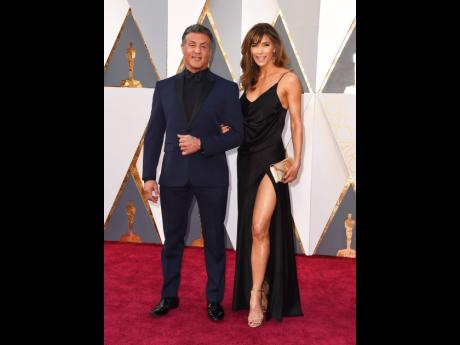 Jennifer Flavin filed for divorce from Sylvester Stallone after 25 years of marriage.

Sylvester Stallone has had a second tattoo tribute to his estranged wife covered up.

The Rocky actor has had an image of Jennifer Flavin's eyes that was etched on his arm reworked into a new piece incorporating a horse and leopard motif, a month after the model filed for divorce after 25 years of marriage.

Tattoo artist Zach Perez -- who previously covered the 76-year-old star's other Jennifer tattoo with a portrait of his late dog Butkus -- showed off his work on Instagram and wrote: "Round 2!!!

"Here's the other arm I covered up and reworked the existing horse. It's an honour to know he can select anyone ,but he likes my work enough to come back and do another project!

"I'll post the 1st session of the dog cover up soon! As always thanks for the trust (sic)"

The first tattoo cover-up first prompted speculation the couple's marriage was in trouble.

However, a representative for the actor insisted at the time the Expendables star -- who has Sophia, 26, Sistine, 24 and Scarlet, 20, with Jennifer -- had no other choice but to change the inking after touch-up work proved "unsatisfactory".