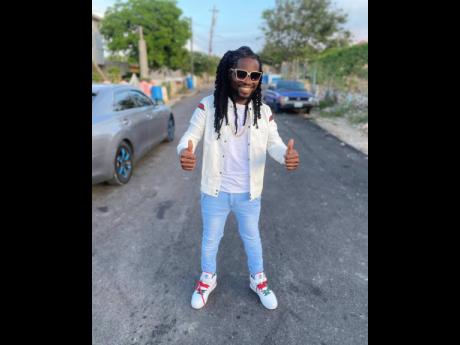 "The album is a tribute to love. The inspiration for the album came from my own personal experiences, my surroundings and has a happy vibe. My vision is to create happiness and positivity, and inspire people to dream big, believe in themselves and achieve all their goals," said Short Ghad, whose given name is Conrad Dwayne Williams.

The 19-track album includes songs, such as the title single, the dancehall banger Sekkle and Right Type a Luv. The album mixes classical dancehall with pop and R&B. The album was produced by Swede Jens Malmlof.

Short Ghad recently turned his attention towards getting his music more traction in Jamaica, and he has been amping up promotion of Right Type a Luv, which was released on the Short Ghad Entertainment/Axxionpack Records labels earlier this year.

"This is the song I am running with right now. I am getting a big feedback at the weekly events with this song. It is gratifying that my people are feeling my music. I am getting a lot of videos with the song playing," he said.