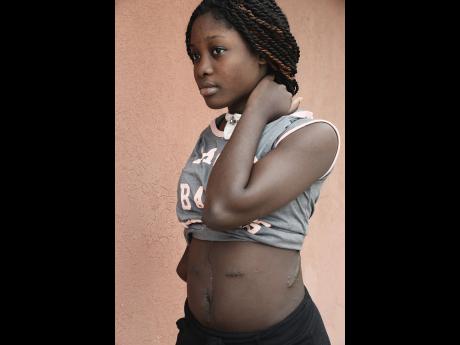 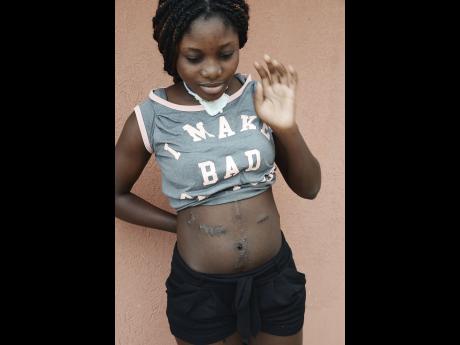 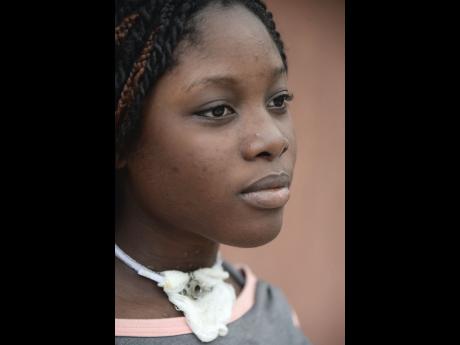 Jermaine Barnaby/Freelance Photographer The metal tube in Shanna-Kay Campbell's is quite vivid.
1
2
3

Chopped, stabbed and left to die by her father, the fate of an 18-year-old Jamaican woman now hangs in the balance and her dreams of becoming a doctor may only be realised if Good Samaritans help her lead a normal life.

Shanna-Kay Campbell, whose father almost butchered her to death three years ago, needs a further $5 million to do a life-enhancing surgery in the United States.

"I would be able to move on with my life and start going back to school," Campbell told THE STAR.

Some $7 million is needed to do the surgery, $2 million of which have already been raised.

Campbell now wears a metal tracheotomy tube, which runs from a hole in her neck and down her trachea (windpipe). It allows her to eat, speak and breathe. Without the tube, the hole in her neck would heal and seal off her windpipe, thus preventing her from eating, breathing or speaking.

The young woman's woes started while she was in eighth grade at the Clonmel Junior High School when she was attacked by her father. She has not been able to attend school since. She stays home these days and tutors herself.

Campbell still recalls with vivid detail, the horrid incident that took place at her home in Clonmel, St Mary.

"I was in my yard and my father came up behind me with a machete and drew me into the bushes where he stabbed me multiple times and slashed my throat," she recalled, noting that he had recently returned from prison after serving time for murder.

She said her father proceeded to do other unthinkable things to her, things she found too unbearable to repeat.

"Then the police came and they shot him on the spot, and took me to the hospital where I spent three months in the intensive care unit," she explained.

Now, Campbell has to live with these scars a reminder and she says the tube in her neck area is a source of great discomfort and embarrassment for her.

"There is a constant pain and I easily catch infections so it smells sometimes. I cough up secretion and sometimes I don't know when it's coming, so sometimes it just flies out," she said.

Her only hope at leading a normal life rests in the hands of a team of doctors in Rochester, New York, who have devised a procedure which will heal the hole in Campbell's throat while still allowing her to eat, speak and breathe properly.

"Sometimes I feel like giving up, but recently, I see like good things are going to happen for me," Campbell said.

In addition to the hole in her throat, the massive scars on her torso are another set of dreadful physical reminders of the incident. She said her keloid skin makes the scars particularly unsightly, and she would love to have plastic surgery done to remove them.

But for now, fixing the hole in her throat and removing the tube, is the more pressing issue.

"I can't forget what has happened, but not seeing the tube everyday will help me to move on with my life," she said.