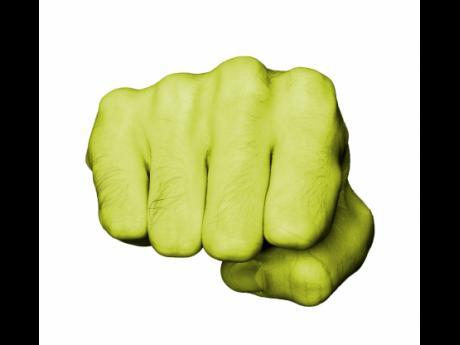 The cost of obsession for one man turned out to be $30,000, or six months' imprisonment, after he was accused of attacking his former lover.

Charged with assault occasioning bodily harm is Kevin Young, who was fined when he appeared in the Corporate Area Resident Magistrate's Court on Monday.

Young pleaded guilty to the charge and offered the court an explanation.

Allegations before the court are that Young used an iCool bottle to hit his former lover in the face then used a cane to hit her repeatedly, while kicking her in the process.

The courtroom erupted into laughter but was quickly brought under control as the magistrate chided Young for his act.

The complainant said: "Your honour, he is obsessed with me ... . Him say if him can't get me, nobody can."

Young told the court: "She tell mi leave her nuff time but she always call mi back."

Pusey sought to clarify the matter.

"Why did you hit her?" she asked Young.

"Your honour, she ungrateful and she disrespectful to anyone," Young replied.

Young was subsequently fined and warned by the resident magistrate.