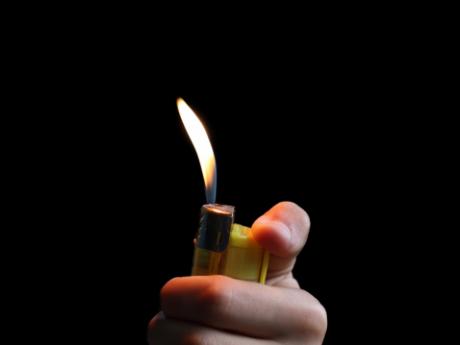 A mother and daughter are now homeless after fire of unknown origin gutted a house in Knollis district, St Catherine, on Wednesday.

As a result, the Bog Walk police have launched an investigation into the matter.

Reports are that about 1 a.m. fire was seen coming from the two-room board structure.

An alarm was made, but fire totally gutted the dwelling before any assistance could be given.

The owner of the house, Melonie Young, said she was elsewhere when the fire started. However, she believes that it was an act of arson.

"Mi know dat a light dem light it because a nuff threat mi get bout it," Young said.

Young said that she is saddened by the incident, as she lost everything in the blaze, including a refrigerator, stove, bed and clothing.

The matter was reported to the Bog Walk police and the matter is being investigated.