Health dept swoops down on wholesale - Seizes flour with weevil 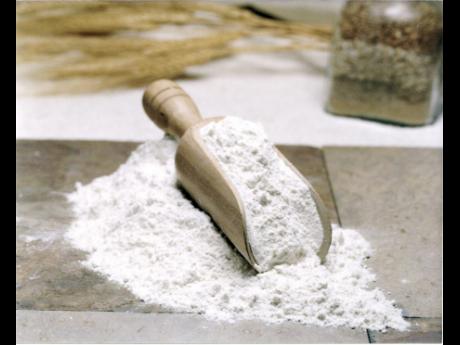 The St Elizabeth Health Authorities have seized, destroyed and condemned flour from a wholesale in the parish, after a man was seen on camera sifting through sacks of weevil-infested items, seemingly with the intention of selling it to customers.

On the weekend, social media went into a frenzy over the 1 minute, 13 second amateur video filmed in Santa Cruz, which chronicled a wholesaler of Asian decent picking weevils and other insects from flour housed in his storage facility.

The videographer stealthily sneaked up on the unsuspecting weevil picker and bombarded him with questions.

"Yow! Yow! A who you ago gi that fi eat? You in deh a pick out the weevil outa the flour? A wha you take Jamaican people fah? Dash weh that [expletive]! Nuh pick out no weevil outa flour and give dem. What the r... you think this is? You think we a cannibal?," chided the irate videographer.

However, the man continued his task of picking the insects from the flour and throwing them into a pan, which the videographer took a shot of. The small, black insects could be seen crawling around inside the container.

The Southern Regional Health Authority (SERHA) subsequently learned of the video and launched an investigation.

George Sloley, the regional environmental health officer in the parish, told THE STAR yesterday, "We have checked with the health inspectors in that region and they have seized, destroyed and condemned the items. Under the public health food handling regulations, the weevil infested goods would be deemed unfit for human consumption."

Meanwhile, Latoya Halstead, head of communications at the Consumer Affairs Commission, has said in the unfortunate event customers purchase weevil infested products, they should return the item(s) with the receipt to the vendor for redress.

After watching the video, many on social media were furious about the unscrupulous act.

"Him (the videographer) should have kicked that s... over himself (that's what most Jamaicans would do) we don't play that s...!!!" one viewer posted.