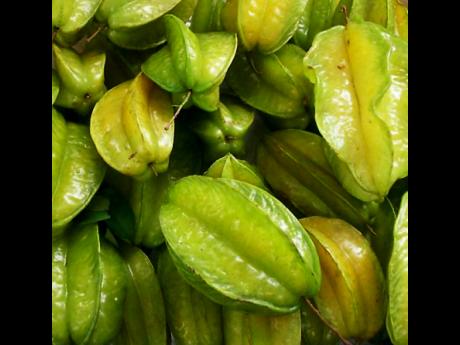 A retired policeman has been left furious after culprits broke into his yard and emptied his jimbilin (star fruit) tree leaving only a single fruit with a note saying, "Unuh too mean", and a middle finger drawn beside it.

"I reacted how anyone would. It's your land, and you're vexed, and you're mad," Wynter Clarke, who lives in Bridgeport, St Catherine, told THE STAR.

"I woke up Sunday morning at about 6:15 for church, and when I checked the car porch, I observed a cartridge paper with the presentation written on it. They cleaned the tree completely. It had on about four dozen fruits on it."

Clarke, who has numerous fruit trees in his yard, including plums, mangoes and naseberries, said he is aware that people might have stolen from him before, but never on this magnitude or with such disrespect.

"When someone steals and leaves, it's different from when somebody steals and leaves a note. It's like a guy who kills someone and then leaves a message. He's sending a signal that he wants to show his authority and power, to show me that I must plant and he must reap," Clarke said.

The 72-year-old man said he has taken the matter very seriously, and has made a report to the police. Clarke added that he wants the culprit to be exposed to the full measures of the law.

From his years of experience in law enforcement, Clarke theorises that the culprit(s) might have been a group of high-school boys who were hanging out close to his gate in the wee hours of Sunday morning. He said the handwriting, as well as the material the note was written on also points to high-schoolers.

He told THE STAR that he is upset about the incident because he relies heavily on his fruits to keep himself and his family healthy.

"This is an avenue so people get (fruits) all the time, but you know how some people are. They don't want two and three, they want all a dozen, and some people want multiple times," he lamented.