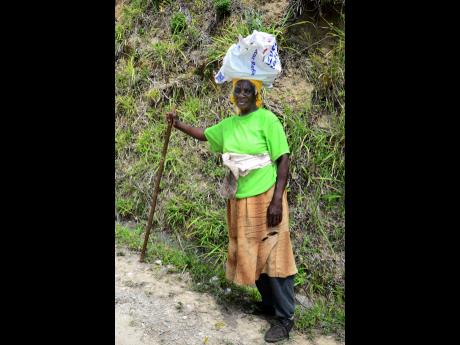 It is not uncommon to see Viola Reynolds making her way to her farm. 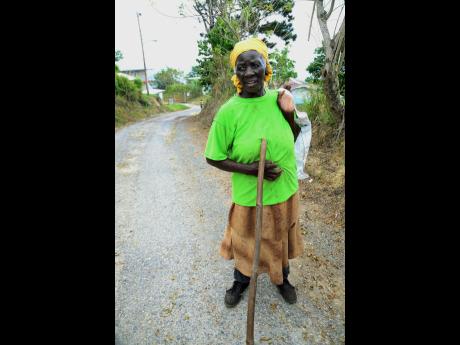 Viola Reynolds has been farming for 40 years and says she will not stop. 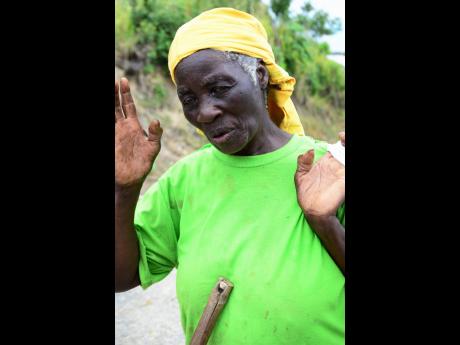 Viola Reynolds is very passionate about her craft.
1
2
3

Almost 10 years ago when Viola Reynolds' husband died, her children told her to put down farming and take some well-needed rest. But the Bloxburgh, east rural St Andrew, resident said she loves farming too much to stop.

"If me sit down and nah do anything, me woulda fret ova it, so me still continue. I plant coffee, banana, yam, pumpkin, pak choi, turnip, every little thing you can think of," the 72-year-old told THE STAR.

She has been farming for more than 40 years, and from it, she has managed to raise her seven children, and many others. She proudly told THE STAR that they have all turned out very well.

"One of them is a teacher in Cayman. I have one that teaches in Kingston," she beamed, adding that the others have established careers in farming, welding and transportation.

Before farming, at age 14, Reynolds had moved from the her rural community to Kingston to work as a helper, but things became difficult after having children.

"I couldn't finance the children. Is a gun I hear fire, and I said before I make me children them come turn gunman, me prefer walk away and come back to country," she recalled.

She returned to Bloxburgh with her husband and taught him how to farm.

"Him neva know anything about farming because him born and grow a town. He used to do days' work on construction sites and so on," she said.

In the latter years of her husband's life, she was instrumental in caring for him, as her children were all grown and had moved out.

"Him did sick fi eight years and me batta and mine him. Him did have high cholesterol, high blood pressure, and because him did smoke, it affected his lungs, too," she explained.

Today, Reynolds operates a three and a half acres farm in Bloxburgh, a remote community plagued by deplorable roads and unavailability of water. Despite the challenges, Reynolds still reaps her produce and journeys to Kingston weekly to sell in the market.

"When me grandchildren dem come look for me, I love to be able to give them something," she said.

Never one to promote laziness, Reynolds said everyone should try to earn an honest living.

"If you don't have the brains fi do big job, you can do the same farming like me and make a life," she said.