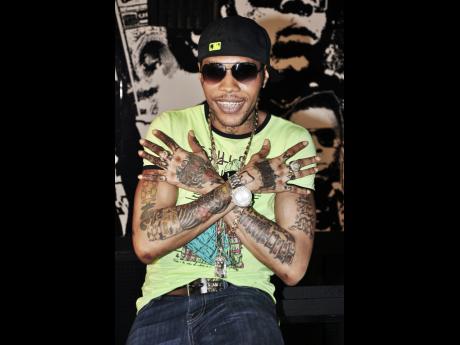 Incarcerated entertainer Vybz Kartel, who was admitted last week for treatment at the University Hospital of The West Indies, has been discharged from the hospital.

He was returned to his cell at the Tower Street Adult Correctional Centre, popularly known as 'GP'.

His attorney Tom Tavares-Finson told our news team that his client was discharged on the weekend after being admitted for four days.

"He's back at GP from the weekend," Tavares-Finson told THE STAR.

When asked if any priority would be extended to Kartel by health officials at the prison in light of his recent ailments, Tavares-Finson answered in the negative.

Vybz Kartel's admission to hospital is understood to be as a result of a kidney infection. Kidney infections often begin with a bladder infection, and if untreated, can lead to life-threatening issues.

Hugh Wildman, former director of public prosecutions in Grenada, in a previous interview with THE STAR opined that the admittance would not have been actioned unless the situation was deemed urgent or dire by the correctional facility's medical staff.

Under such circumstances, prison authorities would be required to escort the inmate to a hospital.

The deejay is currently serving a life sentence for the murder of Clive 'Lizard' Williams.