Give us back our money! - Women demand refund from 'shaky' security 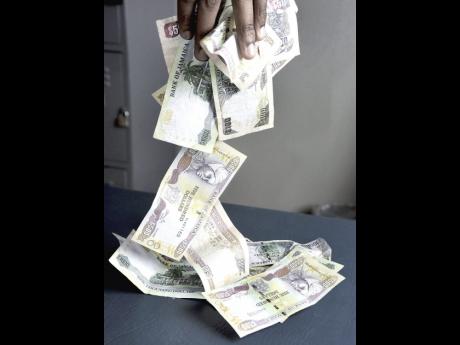 Several persons who sought the services of an alleged security firm to land job placements as guards are crying foul and demanding a refund of the money paid to the proprietor of the 'shaky' company.

Information reaching THE STAR is that advertisements were placed on Facebook and in local newspapers seeking individuals to become security personnel.

Our news team understands that several persons have allegedly been fleeced, however, two females, who spoke with THE STAR, are livid and calling on the authorities to investigate the business being conducted by the people behind the embattled company.

Mother of two, 24-year-old Tanice Warren*, told THE STAR that she is tired of getting the runaround and wants her money back.

She said: "I have my security training, and I'm unemployed with two kids. I saw the ad on Facebook. When I called, he told me I should come to Port Maria. I went to Port Maria (St Mary), and he said I should wait at the Courts. I waited half-hour, then he came and picked me up and took me to the location. I don't know the address. Is just pure bush, and I was getting doubts, and asked where I am going."

On arrival, Warren said that she was told that she should not worry about the look of the office as the real office was in Annotto Bay.

She told THE STAR that she was given an interview test, but that was after she paid a $1,500 registration fee.

"The first thing he did was take the $1,500 from me and write me a receipt. I did the test. He asked me about clothes and shoes size. He said he would call me to pick up the uniform, and I start working the Wednesday as location supervisor," Warren told THE STAR.

She was also charged $1,500 for an identification card and another $2,700 for a security badge, which she is yet to receive.

THE STAR gathered that calls to the security firm have not yielded anything favourable.

Another woman who was put through the same process as Warren told THE STAR that she feels offended.

"Is me and another woman. I even lend her the money to pay. We were introduced to it after an ad was seen in The Gleaner. I paid the money and he keep telling me that I am going to get the uniform, and every time I call him, he don't give me a time to talk. Him seh him deh Ochi and hang up. That is not right," Keisha Willis* told THE STAR.

THE STAR tried to reach the security company in question, however, calls to the numbers provided went unanswered.

The women told our news team that they made reports to the Private Security Regulation Authority (PSRA). They said that they were told that other persons have complained about the company and the matter is being investigated.

THE STAR contacted PSRA, but we were told that the director, Rosalyn Campbell, was unable to speak at the time.

We were asked to email our queries, however, up to press time a response was not forthcoming.