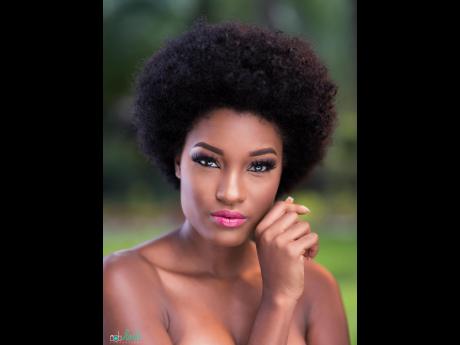 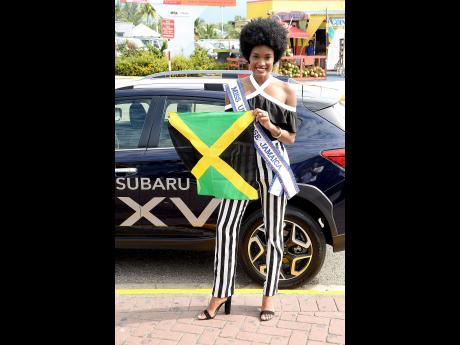 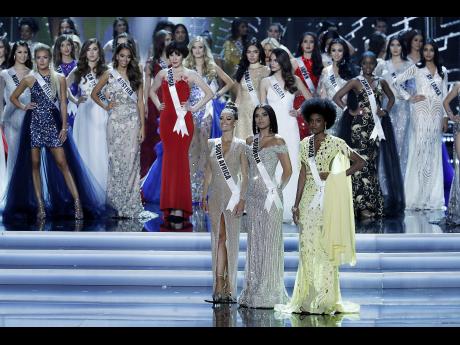 Having succeeded in causing the world to take notice of her natural beauty, Jamaica's beauty queen Davina Bennett said she cannot now cut her hair.

At the same time, Olivia Grange, Jamaica's culture minister, said Bennett's success underscores the point that people do not have to bleach their skins and wear false hair in order to be viewed as beautiful.

"As you can see, it (the hair) has become the biggest asset that I have. I can't touch it now enuh," Bennett said shortly after arriving at the Norman Manley International Airport yesterday.

International magazines such as 'Essence' and 'People' praised Bennett on competing with her natural Afro and being crucial to changing the perception of beauty.

"I already had the Afro before the competition and I decided that I was not going to change to fit the standardised of beauty of how pageant girls should look," Bennett said.

"I decided I was going to give it my best shot and my hair should not be a barrier from succeeding in the pageant," Bennett said. "I am just really happy that I made the decision to follow my mind. I had to just tell people that I can break the stigma that is attached to how beauty queens should look."

Bennett was a bit under the weather but you could hardly tell. Her beauty easily masked the fact that her voice had become raspy after she picked up a cold in Las Vegas in the US where the Miss Universe pageant was held.

The third place finisher was thankful for the support she has received, even as she dismissed suggestions that she was robbed because she is a dark-skinned woman with an Afro hairstyle.

"If it was the Afro and my skin I wouldn't make it through the top 16. It was 92 strong contestants," she said.

Grange asked her to be an inspiration to Jamaicans, too many of whom she said are engaged in skin bleaching.

"I want every single Jamaican woman out there to appreciate ... what she symbolises and they should be inspired by her looks, her success, the way she has been embraced ... ," she said.

Grange said Bennett must be a symbol to those who feel they need to straighten their hair, bleach and to change their looks.

"We are all beautiful. We must be proud of who we are and be confident in our skin," Grange said.