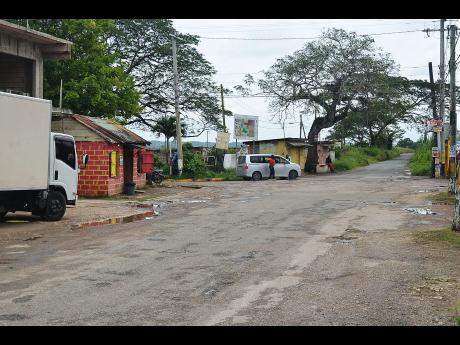 Despite being a small organisation in membership, the Dumfries Community Development Committee (CDC) is quite big on ideas and is having a positive impact in its overarching mission to bring about improve-ments in the social welfare of the community.

The Dumfries CDC has only four members and has been around for several years.

Despite a myriad of infra-structural problems, it stands as a symbol of peace and goodwill in crime-plagued St James.

"We try to organise both small and large initiatives, ranging from social to cultural and educational, to empower individuals and to effect changes within their lives," Andrea Gray, a board member, told the Western Star.

She said the committee tries to assist young people who have left school with job placements or further education.

"Recently, we brought in some hospitality trainers to teach housekeeping and food and beverage courses at the community centre," explained Gray.

Events hosted by the CDC include health fairs, back-to-school treats and their annual Christmas-tree lighting ceremony, which was done at two separate locations in the community last year.

But shortage of manpower continues to be a burden on the Dumfries CDC.

"We don't get the support we want because most times we go to meetings, it is just us four persons ... . The other people are just turning out. Maybe they think it is a money thing, but if they only know what the group is about, then they would see the benefits," said Gray.

Gray noted they are often strapped for cash and have to write letters to the business community, even in Montego Bay, to get support.

"We then use what little we got to do what we can, but more help is needed from both the residents, the Government and corporate Jamaica," she added.

Come next year, Gray said the CDC will be devising a number of strategies that they hope will attract new attention to the group and, hopefully, bolster its membership.