12 Days of Christmas: Twin of Twins shop at their favourite supermarket 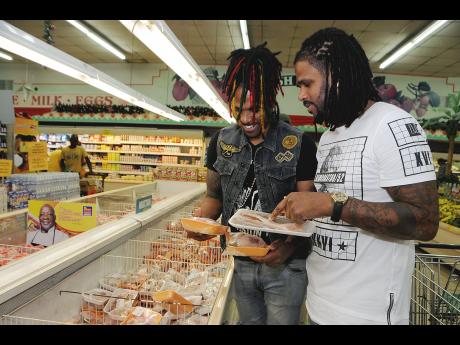 The twins check out the fish options, as they don't deal with any other kind of meat. 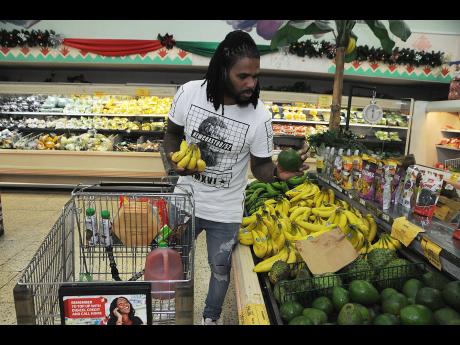 Having already selected a banana bunch, Paul Gaynor tests this pear to add to his cart. 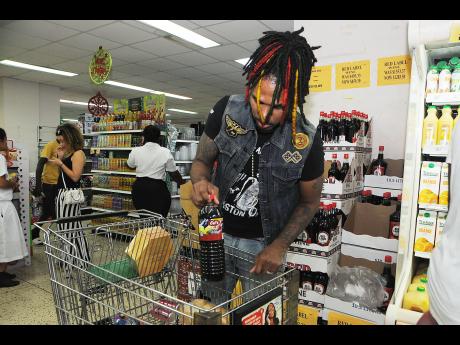 Patrick Gaynor stocks up on some fruit wine, perhaps for the Christmas cake mixture. 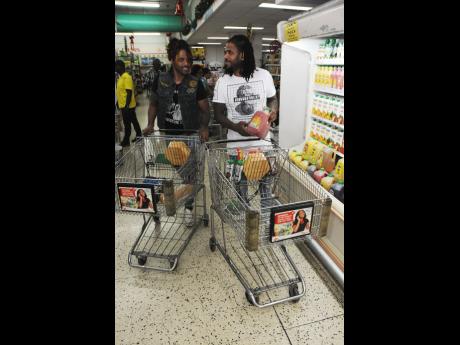 Twin of Twins decide on what to pick up during their Christmas shopping.
1
2
3
4

It’s a twin’s world, one would say. The saying is true for brothers Paul and Patrick Gaynor who haven’t left each other’s side, especially during the Yuletide season.

A visit to their favourite supermarket is just what the twins need to start a great Christmas season.

As they browsed through the isle of the Brooklyn Supermarket in Half-Way Tree, they explained that Christmas shopping should be done at the right time to prevent the late-minute rush.

“We don’t want to shop too early but at the same time we want to beat the Christmas rush,” Patrick stated. “I buy clothes as well enuh because I love clothes.”

He explained that Christmas shopping is just like any other, with only a few minor changes.

“We always have we Christmas cake enuh so we just come and buy all the baking things and carry it home go give wifey,” he laughed.

It’s not all about the food for the twins, but getting food is just as important as doing any other shopping, according to Patrick.

Reminiscing on their earlier memories of Christmas, they stated that they want their children to experience the joys of the season they did while growing up.
Even though they no longer have an appetite for ham, Paul said that was one of his most vivid memories of this season.

“We cook fish because we don't eat like red meat. You know this is the time when some people grab dem ham and dem pork inna the Christmas but we grab fish. Mi madda used to do the ham thing when mi did smaller still and that was one of the things that reminded me of Christmas. When mi smell dah ham supm deh mi know seh yeh, Christmas up. But from she drop out in 2010 you know dat get rough,” Paul said.

Shopping would not be complete without the vegetables and ground provisions which they said they love.

The spirit of Christmas brings people together and that is what Patrick said he loves. He said that as a family man, he ensures that the family has all it needs during this season and even though grocery shopping is vital, love is the best gift of all.