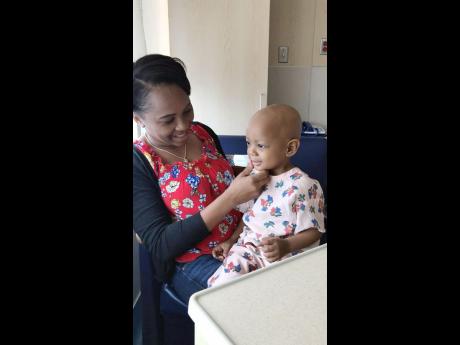 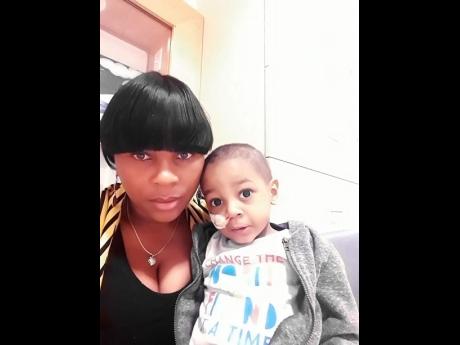 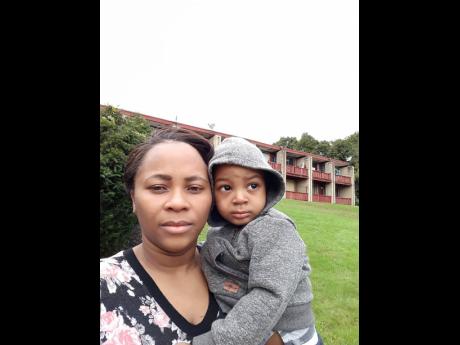 After her baby girl died while she was in labour six years ago, Karlene Ferron is faced yet again with losing a child, after her son died last Friday.

She said that her son, Peter Mullings Jr, who would have been three years old next February, lost the fight to cancer after being diagnosed in 2017.

"This is so hard for me because it's like me trying to have a child gets me more hurt. I have spent two years with my son, his world revolves around me," she said. "The sixth was my birthday so my son fought to live out my birthday. He took his final breath on December 7 at 12:20 a.m."

Reliving the pain she went through six years ago is not easy, according to Ferron, but she is grateful for the life that her son lived because of how he brought the families together.

She said that in 2017, when young Peter was 18 months old, he was diagnosed with Wilms' Tumour, which is a type of cancer that affects the kidney.

Ferron, who lives in Kingston, travelled with her son to New York to get treatment.

She told the STAR that he did a surgery to remove the tumour and was undergoing chemotherapy, but the cancer came back.

GREW BACK IN HIS LUNGS

Despite this, she said her son fought to survive and she is happy that she got to spend time with him.

From day one, she abandoned everything to be at his side and she said there is not one moment she regretted.

She described her son as an angel because he fought to keep people together and be as one.

"He fought so hard. I sat with him and literally felt the tumour growing. At that time the doctor said that the cancer was spreading rapidly and it was too aggressive," she said.

Despite hearing this, Ferron said she was hanging on to hope because of the determination that her son was showing.

Added to the emotional burden, Ferron also has a financial one to carry. She is asking persons who are able to help her return her son home for burial to give a helping hand.