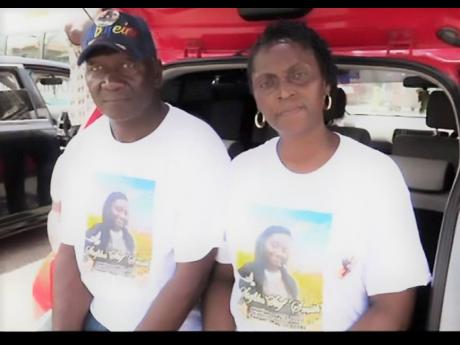 The pain was hard to miss in Pauline Smith’s voice as she asked the question uppermost in everyone’s mind: “ how can Jamaicans be so wicked?”

Speaking about the murder of her daughter, Stefika Smith, she also hit out at those freely sharing images on social media of her daughter’s mutilated body.

“The family is not coping well. She is my only daughter (the Smiths have three other children), my last child,” the mother shared, adding that she would have felt better if Stefika had been killed in a car accident.

“How can Jamaicans be so wicked and cruel? Do they have children? She didn’t do anything to deserve that,” Smith said.

Stefika, a student of May Pen High, went missing on Saturday, May 11, and, according to her mother, she knew it was a lost cause about 8:30 that night when she hadn’t heard anything from her by then.

“My first reaction was, ‘Where could she be?’ as she is not a child to be out at night. When I phoned to find out where my daughter was, her friend said she didn’t know. She doesn’t go to anyone’s house without my permission,” Smith said.

Smith said that she took her daughter to May Pen on Friday night to study for the ongoing CSEC exams with her friend. she checked in to say she was going to Burger King on Saturday, which checks later confirmed.

“So when her friend told me she was not with her nor the others she usually hang out with, I started to weep,” shared Smith. “I need victory; I need this thing to be solved. I need justice, and I know the high commissioner from England will help me.”

Smith said it is time for the Jamaican government to do more.

“It (the pain) is too much. I lost an angel. What the government of Jamaica putting in place for all these children going missing? What changes are they putting in place? Are you gonna sit down and wait for another mother to lose a child? We need change, and we need to see it done now, Mr Government,” Smith said.

Stefika was found in bushes in the Four Paths area on Monday, two days after she went missing.