Kenneth Lewis has a passion for shoemaking 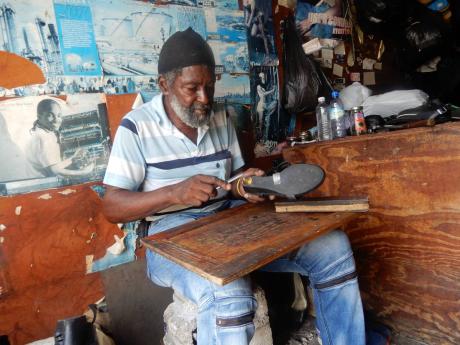 Kenneth Lewis has been repairing shoes for 45 years. 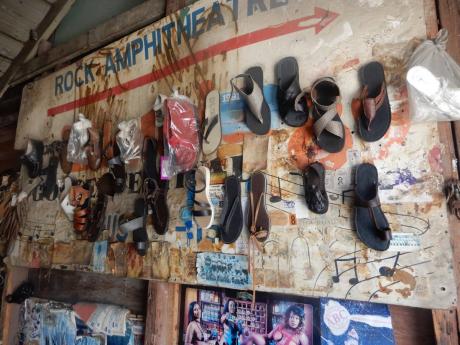 Kenneth Lewis’ handiwork on display at his shop on Central Avenue in Kingston. 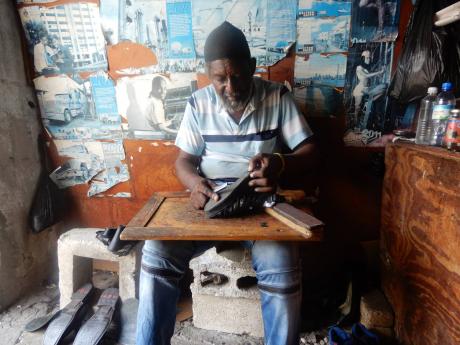 Kenneith Lewis is in love with shoemaking. 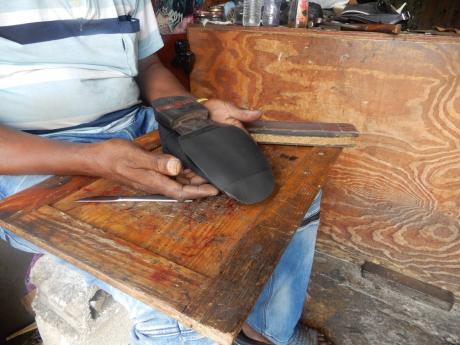 A new sole being attached to a shoe that has already racked up some miles.
1
2
3
4

For Kenneth Lewis, shoemaking isn't just a job. It's one of the most satisfactory experiences. Lewis, 68, has been involved in the shoe-repair business for the past 45 years, and has managed to build a loyal customer base.

As The STAR sat with Lewis in his shop, many people passed, calling out "Ken!" He stated that his client base varies from members of surrounding communities to workers in corporate businesses nearby such as The Gleaner Company and Ministry of Labour, along with family and friends all across the island.

The Young Africans Shoe Repair business originally started out as a group of five members. Lewis said that he learnt the shoemaking and repair trade while living with his grandmother in Portland. He was sent to spend time in the eastern parish by his paternal grandmother, who feared that he would one day drown at Gunboat Beach in Kingston, where he would often go with his friends.

When he came back to Kingston, Lewis, along with three friends, would hang out at a shoe-repair shop operated by an African relative, Errol Grizzle, along East Queen Street. When Grizzle passed away, Lewis and his friends took over the business, and in honour of him, named it Young Africans.

Although Lewis had other skills, such as carpentry, and was even offered a job abroad after going on the Farm Work programme, he always came back to his first love, shoe repairing.

The master crasftsman has made materials such as waxed cord, flexible shoe gum, tinner and shoe cheese. His best friends recounted an experience where he repaired a pair of Clarks so well that nobody could believe it was not brand-new.

"If you read the Bible, it says you have to love certain things to be successful in it, and you have to do it not just for the money, but to help people," Lewis said.

He said that in his early years in the business, he would repair shoes for children free of cost. Though many may not see shoe repairing as a lucrative business, he said that no matter the amount, every little dollar can make a difference.

"Me grow with my grandmother, and she always say to satisfy with what you have. Me grow big now and me nuh satisfy. Me 'satisful'," Lewis stated.

With major competition from foreign markets, Lewis is still not worried and believes that shoe repairing will always be a necessary business and will help to keep him afloat.

"When somebody gives me a shoes to do and they come back and love it, it makes me feel really good about what I'm doing. It lets me know that I am successful and it gives me a good feeling," he said.