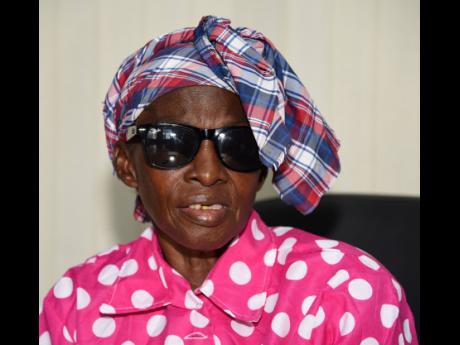 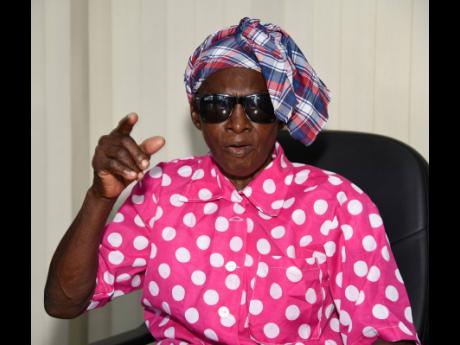 Whenever Eve Campbell turns up at The STAR’s offices, you know that is time to deck the halls because Christmas is around the corner.

Campbell claims to be able to hear God’s voice, and she said he religiously tells her what colours his people should wear for the holidays.

“God says we should wear pink and white because they are bright and beautiful, and him never choose those colours before. Jamaican men don’t like to wear pink, but they should wear it with a nice pants. He is a loving God and he loves to see us look nice, and those colours make yuh countenance look bright,” Campbell said.

The woman is yet to explain the importance of the ‘Christmas colours’ to God. However, she has been consistent in communicating the messages that she allegedly received from Him for Jamaicans to wear bright colours at Christmas time.

“God said these colours are beautiful, and he loves colours because him make flowers. I get this message to give to the nation, so I cannot keep it. Him say we must paint up the place, too,” she said at the time.

And it appears God love those colours, as in 2017, she said, “God said go and tell the nation to wear red, white and blue for the Christmas. It can be in floral or polka dot or stripe”.

The year before that, Campbell said God instructed her to tell the nation to dress in yellow and white for the 2016 Christmas season.

But what is behind these messages, supposedly sent from God, about the colours? Campbell has not been able to explain. She said that she is merely carrying out the Master’s will.

“Whatever I get from God I have to give out, and once him say white it have to be included, because white signify purity,” she said.”

On her recent visit to THE STAR, Campbell not only showed off her catwalk strut, but she also demonstrated that she can hold a few notes.

Campbell, however, made it clear that God’s business was not about fun and games. She said that some people are allowing technology to come between them and God, and He is not pleased.

“God is upset because people are spending more time on their phones than they are spending with him. For the new year, people need to get off their phone and praise him, because God is a very good God, and memba him say him jealous, too. As people wake a morning time you see dem hitch on dem phone and Him not pleased with that, so for the new year dem need to put it down and fast more,” Campbell said.