‘If I didn’t bake it, I wouldn’t make it’ - Internet sensation Donovan Stewart says God helped him to overcome robber 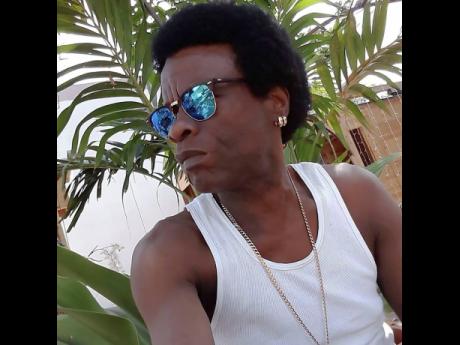 Sixty-year-old Donovan Stewart, who became an Internet sensation after a US interview of him describing his ordeal with a robber went viral, is now being hailed as a fearless hero and modern-day Teddy Brukshut.

Stewart, who grew up along Spanish Town Road, said he was asleep in his camper van in Florida when he heard a loud banging on his door. He added that when he looked up, he came face to face with an AK-47. Using his training as security officer, he knocked the gun away and grabbed his firearm, shooting the man several times.

"When I opened the door, a AK-47 was already down my nose. There were two other men out there, and mi and the one with the rifle a fight because mi just couldn't afford for him to shoot mi or go in on mi family. I was butt-ass naked, no pants or draws or anything, but all that was on my mind was, prevent this man from firing that AK-47 because I know anywhere of you body that it touch a go get dismantle," he told THE STAR.

Stewart, who referred to firing his weapon at the man as him 'baking it',

"If I didn't bake it, my family or I wouldn't make it, because those guys were out looking for blood. It's not like I had any beef with him or any of his gang members. He just wanted to rob me because I recently buy a bracelet for US$8,000 and I have other valuables at home. I work hard to buy these things," he said.

He added he often reflects on the incident and even gets teary eyed at times.

"Is like God just give mi the strength, because by time mi see say him a go fire on mi, mi give him five shot already. Even when the youth get the five shot, him strong enough a try wrestle him gun outta mi hand. From the other two youth hear my gun a fire, them nuh badda try defend him. The youth still a try reach fi mi, so mi have to chuck back way and just start bake it inna him chest, because it was either me or him. God help mi that me get over it and him didn't," he said.

Since the incident, Stewart says he has made appearances at several stage shows. His notoriety has also helped him to garner fans, who often request photo ops and autographs when they see him.

Stewart says while he is grateful for all the support that he has been getting from Jamaicans worldwide, he wants it to be known that he is not homeless.

"Inside the camper is very comfortable and not like how people make it seem, enuh. I have furniture and everything for my family and my comfort. I am not a homeless person. I can afford to live in an apartment, but when I live in my bus I can save at least US $1,000 a month. I am in this country to make money so that after a while I can leave, because this place is dangerous. Jamaica is paradise compared to this place," Stewart says.