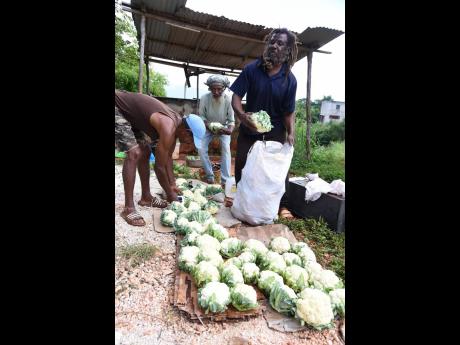 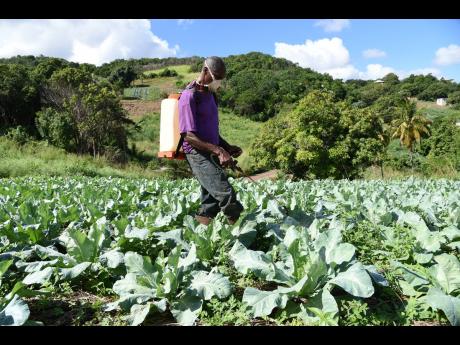 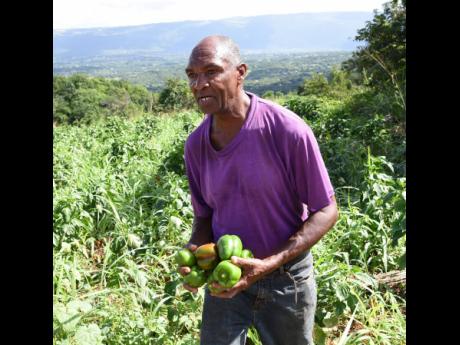 Having toiled hard all year, Lloyd Johnson is looking forward to enjoying the fruits of his labour this Christmas. 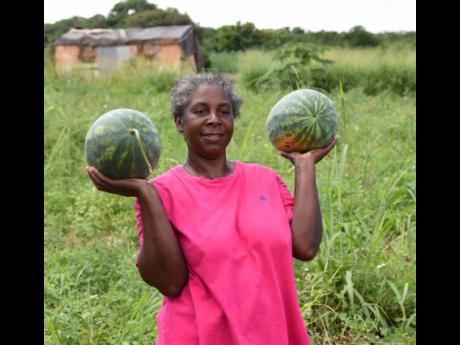 A nuh every day a Christmus! Well, so goes the old saying, and it rings true for farmers in St Elizabeth who are now getting good prices for the goods they toil so hard to produce.

"We Christmas bright man because tings a sell now," said Lloyd Johnson, 53, as he fertilised a large patch of cauliflower.

"Everybody a buy up tings fi the holidays so this time, most year, the farmers dem make a little change and can take care a dem family," he added.

Christmas is some two weeks away and farm produce have been fetching good prices, both in the markets and at farm gates. And with business being good, Johnson said that he is looking forward to relaxing in his Red Bank home this holiday season and enjoy the fruits of his labour.

"Most farmers nuh in the bag a road ting during the holidays because all year round dem always in the farm, so dem glad to stay at home," Johnson said.

In addition to cauliflower, Johnson will also be sending loads of tomatoes, sweet peepers, scallion, thyme and scotch bonnet pepper to sell at Coronation Market this weekend.

A short distance away from Johnson's farm, Linval Witter, Goldburn Simpson and Melford Spencer were busy packing away bags of cauliflower, watermelon, scallion and other food items for sale. Like Johnson, Simpson stated that he too will be cashing in on the upcoming holidays sales

"Wi nuh make nuh big big profit but we make a little change because people want sorrel, soursop and dem tings deh to make juice. Every vendor can make a sale at Coronation Market. The same way clothes and shoes sell, a the same way food sell, too, because a Christmas. So people a try food whe dem no normally eat during the year," he said.