A roof for Christmas 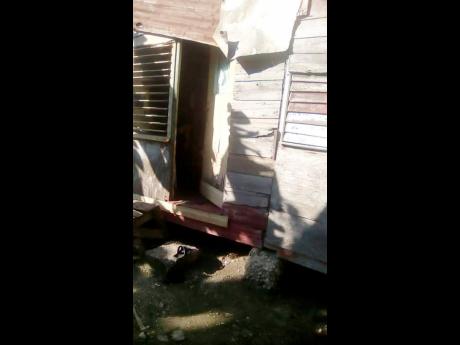 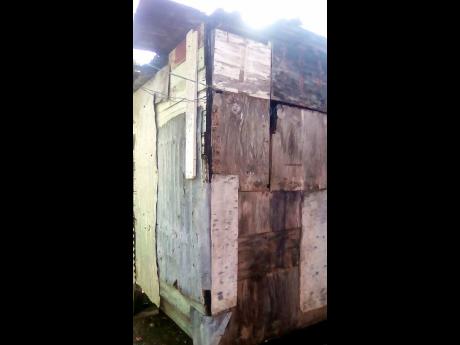 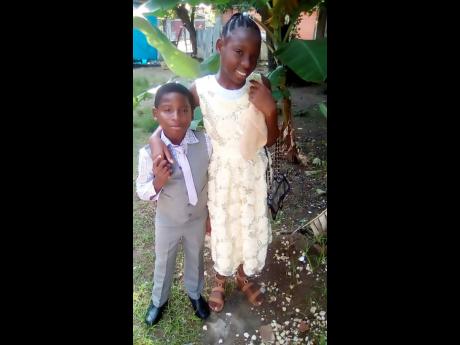 Leroy Thompson has only one wish for Christmas, and that is to repair his home.

The 39-year-old bag-juice vendor of Cooke Street in Savanna-la-Mar, Westmoreland, said that the roof of his board dwelling has got so dilapidated, it is on the brink of collapsing.

"The other day, the rain was falling, and mi never know in the house would wet up like that, which means it a get worse with each downpour. The roof already a collapse little by little, and mi would really appreciate any little help mi can get to get it fix. It get so bad that mi daughter a walk in the house, and piece a splinter out of the board run in her foot bottom, and mi feel bad. Mi nuh like burden people with mi problem, but mi really would appreciate the help," he said.

The story of the single dad and his two academically brilliant children, 12-year-old Valena and eight-year-old Levan Thompson, was first featured in THE WEEKEND STAR earlier this year.

He stated that his children have been defying the odds and have been scoring straight As at the Sir Clifford Campbell Primary school.

The single dad said that he has been raising the children alone since his daughter was a toddler.

"Sometimes is just all $1,500 a day mi make from selling bag juice, and I have to buy back goods out of it. But mi manage to do that and still give the kids little food and lunch money. A nuff time mi a sell mi juice in the middle a the road and people run mi and say mi must go do something else, but mi nuh pay dem no mind. They (his children) look really good, and their skin is clean, and you would never imagine say they nuh come from a good-looking home," he said.

According to Thompson, his daughter has hopes of becoming a teacher, and he will do everything he can to help her achieve that.

He also stated that although they are poor, they have a lot to be thankful for and that this he why he ensures that they attend church services and read the Bible regularly.

"Mi remember having just one pair a slippers alone, and a it me wear for one year. All when the bottom gone, mi had to wear it same way because mi couldn't afford another pair. Mi wear it same way with the hole in it because when mi foot in it, nobody wouldn't notice it," Thompson said between laughter.

He recalled an incident in which his daughter cried after being teased because of her shoes.

"Her shoes did a strip, and her toe a show. She said she tell dem say is not her toe a learn but her brain. And once again, mi know say that little girl a go reach far because her education is everything to her. Them love to read books and the Bible, so dem nuh fussy fi di bag a toys dem," he said.

The bag-juice vendor stated that he had received assistance from the public when his story was shared.

"I got some clothing items for the children, but some of them couldn't fit, so I gave them to other kids who were needy as well. I remember one time, I picked up some money to buy some groceries, but I saw a woman with her kids who really needed it more than me, so I brought the groceries for her instead," he said.