‘It rough, but mi a gwaan hold it’ - Determined youth wants to become a chef 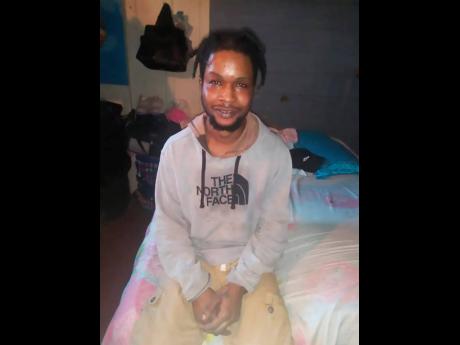 When Oshane Clarke, 24, lost his mother at age seven, his life became a roller coaster of traumatic events.

If dropping out of school was not enough, he said that he was subjected to physical and verbal abuse and was later placed in state care by relatives.

He is, however, determined to break the spell of extreme poverty and is seeking the public's assistance in completing a course in catering and food preparation that he has started at Alpha Boys' Home, where he was a ward.

He said that he fell in love with cooking when he was very young because he sometimes had to "catch up fire" and cook for himself.

"From right deh so, mi tell myself say mi waan be a chef. It rough, but mi a gwaan hold it because mi know a nuh everybody a go born with gold spoon in dem mouth. Mi do mason work at times, but right now, mi nah really work, so I would really appreciate the help to just get certified," he said.

Clarke told THE WEEKEND STAR that after his mother passed away, he went to live with her relatives in Mona Commons, St Andrew, but life was rough.

"There were family members who used to take advantage of me. I was overworked and treated like I was a robot," he said, noting that he did not complete grade five at primary school. "When I was about 13, one of my relatives brought me to Alpha Boys' Home and tell mi she soon come, and she never come back at all, not even to visit me. I stayed there for six years," he said.

He said, however, that he lived his best years at the home as he was shown plenty of love and even began to learn food preparation.

"But I never get a chance to finish. They also sent me to school, so I learnt to read properly. I have to give them thanks at Alpha because they were the ones who let me know that there was light at the end of the tunnel," he said.

Reunited with his father

Clarke said that he was reunited with his father after he left state care and lived with him for a while in St Mary but had to relocate after the landlord stated that he was not welcome.

"I ended up in Mountain View, where I stayed with one of my mother's friends. She didn't have the space, but she opened her door for me. Three of us slept on one bed, but I was very appreciative because she didn't have to do what she did. In fact, she is the same person that I live with up to this day," he said.

Clarke said that he wants to be somebody and to make his mother proud as she used to work extremely hard.

"Although mi did small, mi memba how she used to come home black like tar, and she wasn't a black person. All of this is because she used to sell coal, and it dirty har up. Getting a job is good also, but I really want to go back to school," he said.