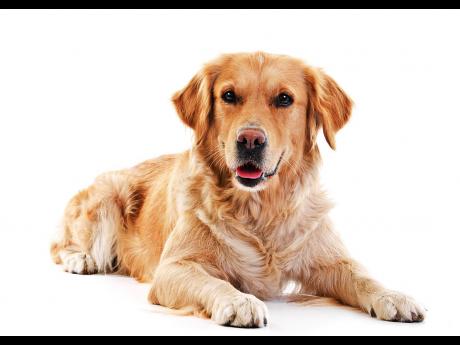 Shanikie Lloyd, a security officer, says that she is in possession of a lost dog and is seeking the public’s assistance in locating its owner.

She said that the dog was found by someone else on Sunday and placed in her care after she promised to find its owner.

“The person said he had found the dog at Mona Heights, saying he had taken her up because his car and another car almost ran over her and he didn’t want her to get killed. He gave her to one of his co-workers, but he didn’t want her, so I decided to take the dog and try to source the owner since I live in the vicinity,” she said.

She stated that she has been searching for the owner since but to no avail.

“I went in the region where the dog was said to have been found, and I tried to knock on every door. Some persons came out, while others didn’t, but I understand because it was night that I was walking. I shared pictures of her on social media and asked persons to repost for me, but nothing up to now still. The dog has a special mark that only the owner would know,” she said.

According to Lloyd, she has fallen in love with the animal, but she stated that taking care of it is putting a strain on her pocket as it does not eat everything.

“I can see that she is very trained and loved. I am thinking about buying a leash for her because I walk her. I tried giving her different feedings, but she wasn’t really taking it, so someone said I should give her the ‘wet’ feeding. I carried her by an animal-control place, and they said if the owner doesn’t pick her up in two weeks, they can’t hand her over again, so I didn’t leave her because I don’t want to give her up and then the owner can’t get her back,” she said.

Lloyd said that she was planning to take the dog to the vet to; ensure that everything is OK.

“Most people are saying that I should sell her, but I don’t want to, neither do I want to just give her away to; just any random person. So I am hoping the owner of the dog will come forward,” she said.