Man continues search for girlfriend he left 45 years ago 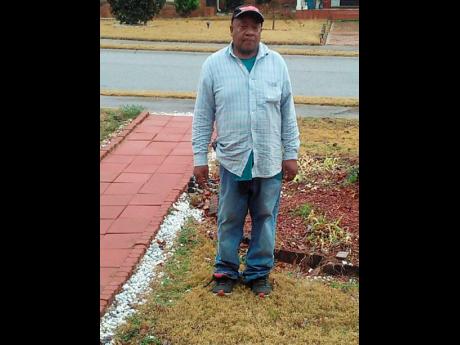 Who can forget the story of Errol Samuels, the 63-year-old man who is engaged in a relentless search to for his girlfriend, Dolly, whom he last saw 45 years ago.

Samuels' story was highlighted in this newspaper last year. He said that Dolly was pregnant when he left for the United States in search for a better life. Has has not forgotten about her and says he is desperately trying to find her.

"I have not gotten any closer to finding any of them but I am still searching. I was once told that one of them is in England and the other was in Jamaica, but that's just about it. I am not sure if that is true, but I will continue to search for them," he told THE STAR.

Samuels said that prior to leaving for the USA more than four decades ago, he lived at a premises on the Doctor's Cave Beach Hotel, where he worked as a waiter. It was while there that he met Dolly, who was working as a barmaid on Barnett Street in Montego Bay.

Samuels said he left the island on a student visa when she was about eight months pregnant. He stated that he kept a low profile in the US until he got the necessary documents for him to legally stay in the country, and, as a result, lost all contact with Dolly and her parents.

Samuels, who is now a father of two other adult children, said he returned to Jamaica after he got married, and he and his wife went in search of Dolly but were unsuccessful. His wife died last year.

Shortly after THE STAR shared Samuels' story, he stated that females were 'blowing up' his phone with calls but none had the news that he was hoping to hear.

"Most of them were seeking a relationship, while expressing that their heart goes out to me and what I am going through. Some of them wished me luck in finding the woman I was searching for, but the majority of them wanted to know if I was seeking a girlfriend, but I told them not this time," he said.