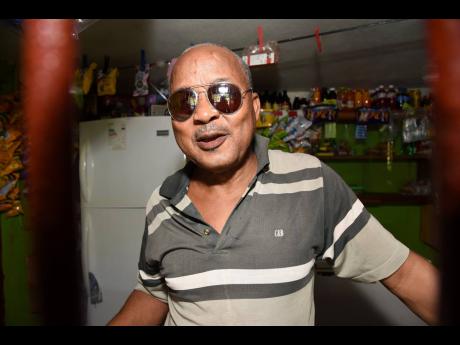 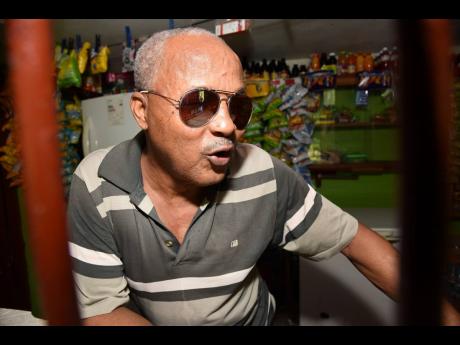 Despite being blind for two decades, Hensley Robinson has been running his grocery shop without much hassle.

The 68-year-old shopkeeper, who lives and operates business in a rural district called Mendez near Point Hill in St Catherine, has no issue making the correct change or even finding the items in his shop.

"I live a good and honest life with everyone so I have very honest customers. I can easily say that I get it right 94 per cent of the time. I can feel a money and tell the value of it, so what I do is the supermarket style, where they put different value in different compartments. So all my fifty dollars are in one drawer, and so on. I also know from which the smallest amount starts from. Also my customers are honest so they will tell me the amount of money that they give to me," he said.

Brown lost his sight in 1999 after being affected by glaucoma.

"I didn't just lose my sight all at once. I was seeing, then it started getting foggy. I spent a lot of money on it, not knowing all this time that the eye clinic at Kingston Public Hospital (KPH) was free. I eventually lost my sight fully, but I already knew my way around the home so getting around wasn't an issue. I even had to extract one of my eyes, but I am good now," he said.

The shopkeeper stated that he was determined not to let his disability slow him down. Robinson first opened the doors of his business in the mid-1980s, years before he lost his vision, and according to his customers, the shop has become a part of the community's fabric.

"This man is a good man from before him blind so everyone love him. The way him respect high, no one nah go try rob him. Yuh know pickney can be mischievous at times, but even they are honest with him. He is a very neat man and a years now him alone in the shop a run it. Mi feel him all run him business better than a lot of people who can see," Enid Sharpe, a resident, stated.

In addition to the desire to be of service to his people, Robinson said that he has decided to remain in business to ensure that he leaves his family in a good place.

"When I leave this earth I want my children to be comfortable ... That has always been my desire from long time. I am still planning on extending the business and my home. I have grandchildren and I want them to be OK in life as well, and to know that if anything, they can always rock back here, " Robinson said.