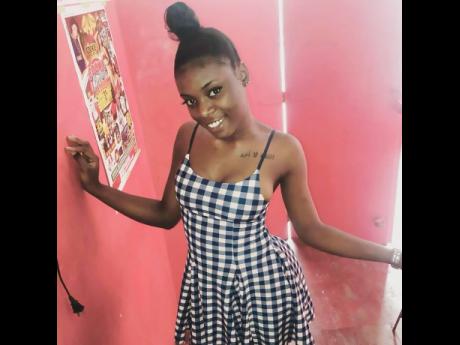 On Sunday, December 22, when Andrew Dawes received a call that he should visit the Spanish Town Police Station, he thought that his daughter Alicia Dawes may have had a small run-in with the law, although she was not known to be a troublemaker.

Taking along a little cash to cover bail if that was needed, Dawes headed to the station. The news he received was not only far from what he expected, but extremely devastating. His daughter, a call centre representative, was found with stab wounds at Lakes Pen in St Catherine.

"When dem tell mi dem have a body before dem even show mi the picture, mi say a she. Dem ask how mi know and mi tell dem say from the Saturday night mi body just feel like the world come down on mi shoulder but mi never know a wah," he said.

Dawes said that when police showed him the picture of his daughter. "Mi feel like lightning strike mi from mi head to mi foot".

"Something run through mi entire body. Is like everything dry up inna mi, mi can't even cry up to today," he said. "Nuh care how mi drink, inna mi feel dry like nah drink nuh water. A part of me died when she died. A from she a six months mi have her, enuh. The pain weh mi a feel, mi can't describe. That little girl was like my left breast," he said.

Alicia's sister Britney Reid said she is still in shock and is hoping that this medium will assist in exposing who killed her sister.

Reid said she knew Alicia went to live with their aunt in Stony Hill two weeks before she died.

"On the morning of the 21st, she had left for work on the night about 10 p.m. She told my friend she was on her way to Half-Way Tree. But her body was found a day later with her throat cut," Reid said.