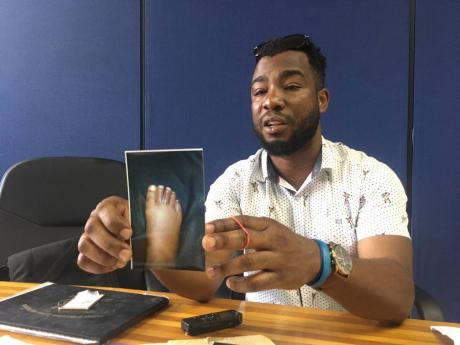 Ex-fireman Shawn Duff said he was the victim of obeah, which caused him to lose his job. 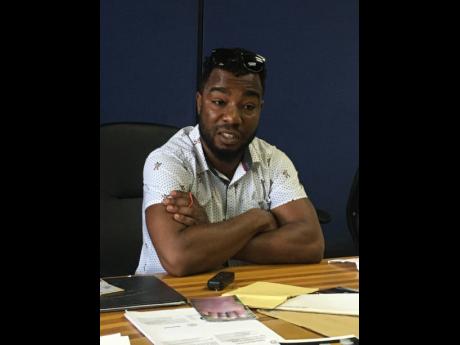 Duff is desperate to get his job back. 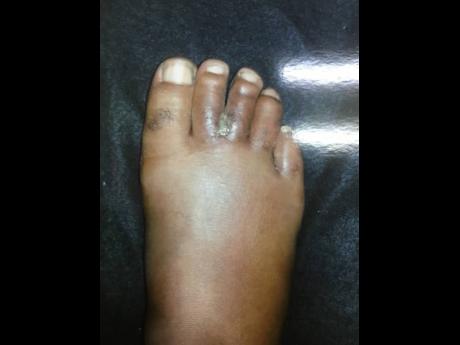 Duff's said his foot was left swollen after obeah power was put in his boot.
1
2
3

Up until two years ago, Shawn Duff was a fit, bull-like firefighter who was destined to save the world. Having served the organisation for 16 years, the 36-year-old said he was enjoying his job, despite it being a challenging one. Duff was, however, superstitious. He had always heard stories of people using witchcraft to harm others, and so he would try to take precaution when he was at work.

However, it appears he was not careful enough, if his story is to be believed. According to Duff, some ‘bad-minded’ person put something in his boot and from then, his life has been pure misery after his left leg became swollen and infected.

“I usually keep my boots in my car but I had taken them out and left them at the station because I had vehicle problems. So I left them at the top of my locker. One morning I got to work and we got a fire call. When I grabbed the shoes and put them on I felt like I was stung, and I instantly took it of but I didn’t see anything. However, my foot began to hurt mi instantly. The next morning, my foot began to sore and the pain got worse,” the ex-fireman said.

This was in 2018. Duff said that he visited a doctor and was told that the discomfort was due to a fungal infection.

“The pain started to travel until it reach about three inches above my knee and my leg was swollen. It got to the point where it was numb. At a point in time, it felt like something was eating away my flesh, but the doctor said it was a fungal infection. I kept telling him it couldn’t have been a fungus. Days after I took the medication, I saw no improvement or anything,” he said.

Duff said that a co-worker, having noticed his discomfort, encouraged him to visit a nearby church. He was alarmed by what he was told.

“A woman had a (piece of) cane and she smashed it to trash. Then, when it was my time, she used some rum, healing and olive oil and bathed my foot, and that was the first time I slept good for days. The next day, the pain was gone. She told me that I needed to visit the church four times because someone had put pigeon powder in my shoes,” he said.

Duff said he also decided to visit the beach often to wash the leg in salt water. It was while on one of those trips that his problems multiplied. He had decided to drive an unlicensed, uninsured motor car when he was stopped by the police.

He was charged for the fraudulent use of a registration plate and was found guility in October of 2018. He also lost his job as a firefighter.

“I begged for leniency and explained that I was only using the vehicle because I couldn’t walk and I wanted to bathe my foot by the beach. I was suspended without pay at first, and was told that pending the court hearing, a decision would be made. They said it was breach of the Fire Brigade policy and they let me go,” he said.

Duff is desperate to get his job back.

“I need to be paid for the time that I was out of a job. The funny thing is the day that I got the dismissal letter, I woke up and I felt like something was pulled out of my leg, and I never ever felt another pain,” he said.

Contacted by THE STAR, Stewart Beckford, commisioner of the Jamaica Fire Brigade, said that he is aware of the case and that the matter is currently before the Ministry of Labour.

“Mr Duff went to the ministry and we had a meeting late last year. There will also be additional meetings, so we are awaiting on the outcome of the meetings,” he said.