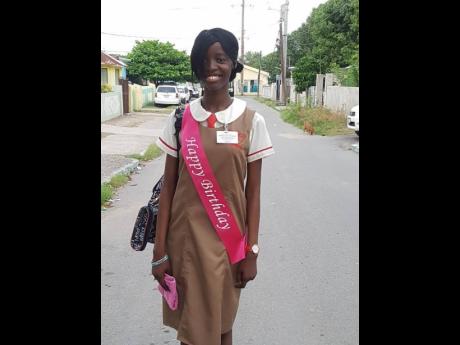 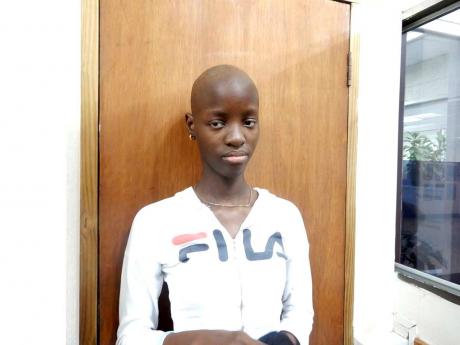 This is Renacia Thomas, one year ago when she was going through chemotherapy.
1
2

Last February when Renacia Thomas visited the offices of THE STAR, she burst into tears when she removed her wig to show her bald head that was a result of chemotherapy treatment she was receiving.

Nearly a year later, last Friday, Renacia, 16, was again in tears, but this time it was tears of joy. The teenager, who battled Wilm’s tumour for more than a year, recently learnt that she was cancer free.

“I screamed, I couldn’t cry at all,” her mother, Melody Martin, told THE STAR. “The feeling was out of this world. I kept having a positive attitude because I was praying. I was so happy that I didn’t even eat and I didn’t feel hungry. I kept praying for a positive result. We weren’t even expecting the results this early but God is good,” she said.

Wilms’ tumour is a rare kidney cancer that primarily affects children. Also known as nephroblastoma, it’s the most common cancer of the kidneys in children. Wilms’ tumour most often affects children ages three to four and becomes much less common after age five. So severe was the illness that Thomas was unable to attend classes at Mona High School for a year. She is currently repeating third form.

“Her immune system had broken down so she was very weak and her hair had fallen off. Once she started the treatment, she had to stay home, so when her little friends were going to like sports day and so on she was home undergoing treatment,” she said.

THE STAR shared the teenager’s story in its February 12, 2019 edition under the headline, ‘J$1.5 million needed for teen’s cancer treatment’. The article not only helped Renacia get a commitment for assistance from the CHASE fund but also a doctor provided his services for free. She also received medical treatments and underwent an operation at the University of the West Indies, while The Hospital for Sick Children in the Canada (SickKids) sponsored her CT scans, biopsy, and other treatments.

Martin said that Renacia’s journey to being cancer free has a very difficult one. She said that her daughter was so frustrated that she kept saying she was going to kill herself because she just couldn’t deal with the treatments anymore.

“We never left her out of our sight. The doctors had told me that the side effects of treatments that she was getting for her lungs may cause her to behave a certain way,” she said.

“The night before we received the results, I was speaking to her and she said: ‘Mommy, I would rather stand up and let somebody stab mi up than to take a next dose of chemo’. That’s how terrible it was for her. She was so afraid of going for the treatments that we had to hide the dates when we were supposed to take her,” Martin added.

Despite her trials, Thomas soared academically when she restarted school last September.

“She mash up her midterm exams. She was out of school for a year but she got 14 As out of 16 subjects. She is a little fighter. She went through so much but she fought like a champion,” Martin said.