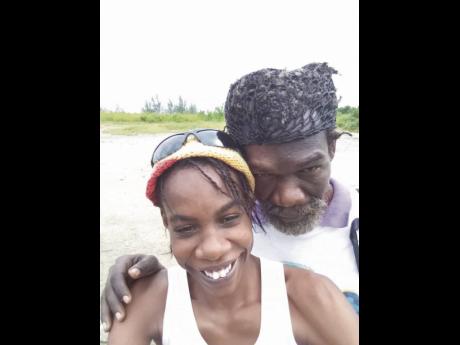 Derrick ‘Black X’ Robinson met Nickevia Hines on one of his walks and is getting ready to make her his wife. 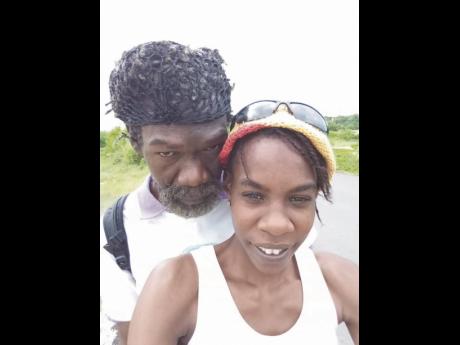 Derrick ‘Black X’ Robinson met Nickevia Hines on one of his walks and his getting ready to make her his wife. 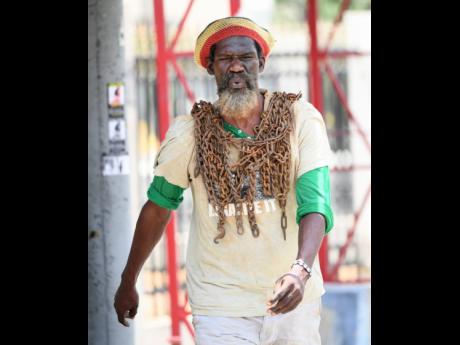 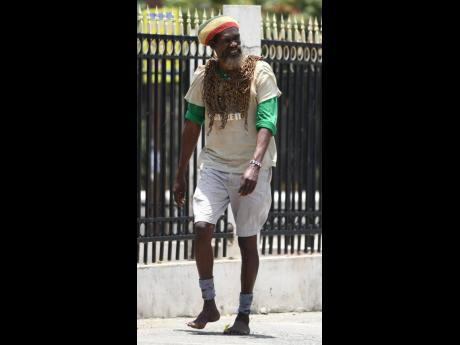 Black X, thirsty from walking for miles, decided to stop at a stall in Trelawny for refreshment – and that’s where the love story began. 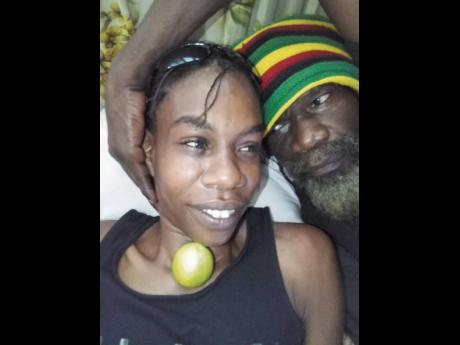 After the African-themed wedding, the couple will be walking from Port Maria, St Mary to Norman Manley International Airport in Kingston.
1
2
3
4
5

Derrick ‘Black X’ Robinson, 56, has walked Jamaica countless times, barefooted for hours, and is now ready to walk full speed ahead into marriage, after love at first sight. On one of his recent walks of advocacy to make Tacky a national hero, he met the heroine of his love story – 31-year-old Nickevia Hines.

Black X, thirsty from walking for miles last October, decided to stop at a stall in Trelawny for ­refreshment – and that’s where it began.

The stall belonged to Hines. Their eyes made four and in that moment, they both felt a connection that felt like destiny. Now, wedding bells are ringing.

Black X told THE WEEKEND STAR that he’s relinquishing his freedom for Lent. “I accept Lent as an order of life in this Western Hemisphere,” he said.

“It is giving up my ­freedom because publicly, privately and otherwise, I ­really belong to one person. The choice I would’ve had to pick, choose and refuse is no longer there.”

The blissful wife-to-be says she admires the type of person Black X is – his barefooted walks of ­advocacy floats her boat.

“I didn’t know I was meeting someone like Mr X. I have a stall and he stopped there. It was amazing because I cherish and adore people who do stuff like that,” she said, noting that she doesn’t view his lifestyle as eccentric. “The wedding will be more like an African traditional wedding … no pretty white wedding and all of those things,” she told THE WEEKEND STAR.

Hines, who grew up in Clark’s Town, Trelawny, says she’s ready to take on the road with Black X.

That walk was the warm-up for the honeymoon. After the African-themed wedding, the couple will be walking from Port Maria, St Mary, to Norman Manley International Airport in Kingston. It could take them about 16 hours to complete the journey.

He demystifies the significance of the walk, by saying “Professor Vincent Brown of Harvard University has written the first full book on Chief Tacky and the rebellion. He will be coming to Jamaica to launch that book. This walk is to go and greet him at the airport and welcome him to Jamaica. In everything we do, we do it as promoting Chief Tacky. My wife-to-be had gladly joined in to be a part of that mission.”

Hines says she has received her mother’s blessings. Her three sons, ages 9, 11 and 14, have also met Black X, who is yet to father a child. They are looking forward to having children together.