Crocodiles being killed for food 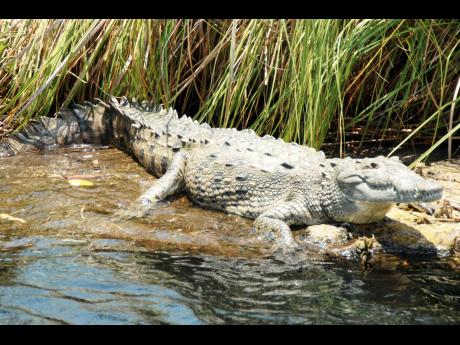 One of Jamaica's most feared reptile is being dragged into the kitchen and on dinner tables in several household across Jamaica. This is according to the National Environment and Planning Agency (NEPA) fauna coordinator in the Ecosystems Management Branch, Ricardo Miller.

"In the past, we have brought people before the court who have been cooking the meat, and they keep little festivals and things like that, even in Kingston here. We have found crocodiles dead in the wild with their tails missing so we know that someone take the tail for meat," Miller told THE STAR.

"What we do is same like when you a kill cow. We tie the rope around him neck, draw him around the tree and cut him throat. After we drain out the blood out of him, we skin him, then cut it up," a crocodile hunter was quoted as saying in the 2017 article.

A video recently surfaced on social media which shows two men killing a crocodile before chopping off its tail. The crocodile was earlier caught in a fishing net. NEPA has since launched a probe into the incident and has asked members of the public to assist them in finding the men.

"We know the incident happened along the south coast," Miller said.

Crocodiles are one of Jamaica's many endangered species and are protected under law. It is an offence, under the Wildlife Protection Act, to posses, hunt, kill or capture or wilfully molest the crocodile. Individuals found guilty of the offence may be charged a maximum fine of $100,000 or face one year imprisonment.