‘I would come back to Jamaica if I could’ 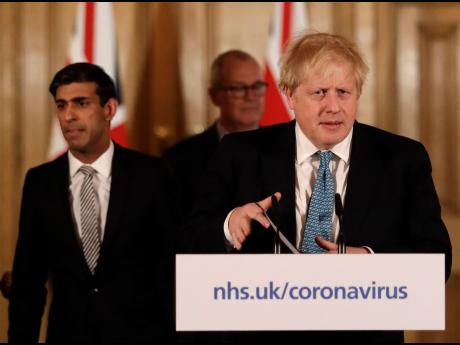 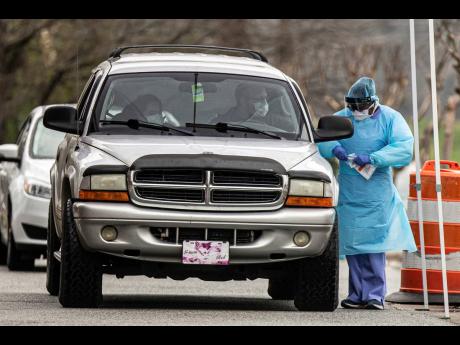 A man and woman get tested for COVID-19 at a drive-through testing site at Cone Health Ambulatory and Physician Services in North Carolina, yesterday.
1
2

"I would come back to Jamaica if I could," said a terrified Janet, who left the country in search of a better life in the United Kingdom in 2018. The woman, who taught Mathematics at a secondary education institution in Jamaica before migrating to the UK to work as a teacher, found life in the more developed nation country to be pleasurable. However, that was before the new coronavirus (COVID-19) outbreak.

"The prime minister a pretend like it's normal days. Right now, I would come back to Jamaica if I could ... . The Jamaican Government is doing a fabulous job in trying to curtail this pandemic ... . The actions are swift. In the UK, things are moving slow. The (traditional) news, along with social media is causing chaos, and I don't think this prime minister's strategies are forthcoming," she told THE STAR.

As of March 17, more than 1,500 people have tested positive for the virus in the UK. However, the number of cases has been estimated between 35,000 and 50,000. These numbers are a grave contrast to the Jamaican reality, where there are only 13 confirmed cases.

Janet says she is surrounded by chaos that and that, only fuels her fear. She has been taking extreme measures to protect herself and her children.

"I have my two babies here with me, so no visitors in my house, and when I go outside, I have to cover their strollers with plastic. It's very scary as London is a busy place," the South London resident said.

Up until Monday, herd immunity was the strategy employed by Britain to fight the virus. This means that the government was prepared to see vast numbers of the population affected by the infection until the country builds up a resistance to the disease.

Unlike the other major world players - Italy, France and Spain - the British government allowed people the freedom to travel as they pleased. However, faced with major opposition to the strategy, British Prime Minister Boris Johnson has since encouraged citizens to avoid non-essential contact with others, work from home if possible, and to self-isolate if they are elderly.

Whereas schools have been closed in Jamaica and many other countries around the world, that is not the case in the UK. Teachers are still expected to show up and teach.

"Many of us teachers here in London are very scared because the schools are still operating, and a school is also a social gathering," Janet said.

She said that she has been following the Jamaican situation and has seen where tough measures have been imposed by the Jamaican Government. She is already practising some of them.

"I am staying in for the most part. I'm definitely avoiding crowded areas, I'm going to the supermarket in the middle of the day when there are less people, washing my hands several times, and avoid touching my face. I am just following the WHO guidelines," Janet said.