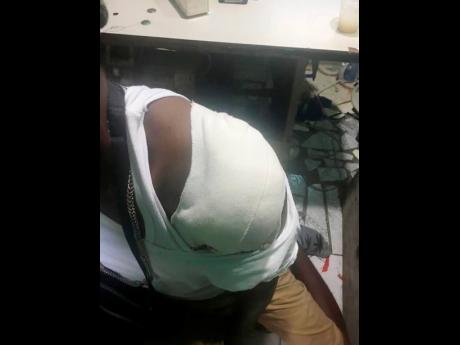 The entertainer was chopped on the left shoulder 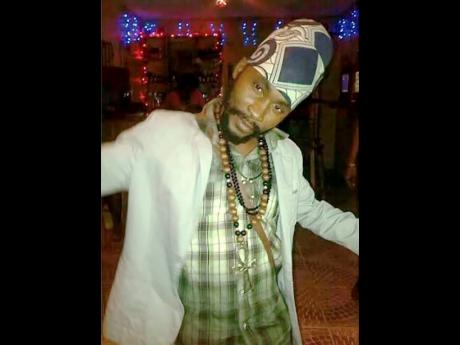 Reggae artiste Ancient Warrior said he narrowly escaped death after he was chopped by a machete-wielding man after an argument developed over chicken at his home in Vanity Fair, Linstead, St Catherine.

The entertainer said he had just returned home last Wednesday when, upon entering his yard, he was approached by a man who begged him for a piece of chicken.

"So I turn to him and tell him say I don't run any KFC in my yard and why him a ask mi for chicken knowing that I am a Rastafarian. It was a 'styling' thing because him know mi is a Rasta and I don't eat chicken," he said.

Ancient Warrior said an argument developed, and the man told him a string of expletives, and even insulted his mother.

"Him come up inna mi face and him drape mi and mi drape him back and mi neighbour come in between us and the man run off and say him a go for him cutlass to come cut off mi neck. Mi take up my cutlass too, so when him run go for his and come back, him see mi wid mine and paused," he said.

Ancient Warrior said he decided to quell the argument by dropping his cutlass and walking toward his house.

"Mi tell mi self say it never make any sense argue and fight because mi have mi kids and career to live for so mi start walk way. Next ting mi hear mi neighbour shout out the man name and mi look around and see the cutlass a come down on mi. So mi 'sight' it and a suh the cutlass catch mi on mi shoulder and nuh chop mi head off," he said. He stated that his attacker took another swing at him but he ran.

"I was trying to run to the hospital but I was bleeding so badly that I started to get weak. I ran to another of my neighbour and tell him say mi a dead and him must come carry mi go hospital. Is the fire station ambulance took me to Linstead Hospital," he said. Ancient Warrior said that he was then transported in another ambulance to Spanish Town Hospital. He said that he spent five days at the hospital where he underwent an operation on his shoulder.

A report has been made to the Linstead Police Station.