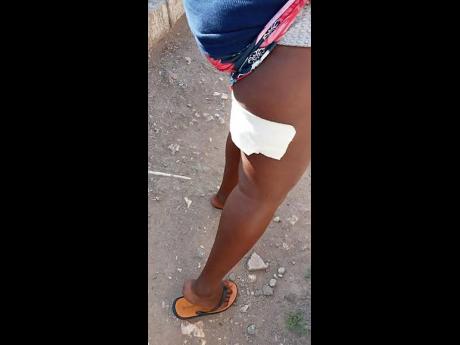 An event of celebration turned into one of mourning after gunmen opened fire at a birthday party, killing a man and injuring two other family members in Trench Town last Saturday.

Dead is 22-year-old Ryan McFarlane. A woman and a 12-year-old were also injured.

Reports from the Denham Town Police are that about 8:05 p.m., McFarlane was among a group of people on Fifth Street when three men walked towards the crowd and opened gunfire.

McFarlane and the injured were taken to hospital where McFarlane died while undergoing treatment, and the others treated and released.

"A early hours, so mi auntie did a have a little birthday party in her yard and mi just see a man walk in and just start fire bare shot. When mi look, a mi likkle family mi see a hold him belly. A little boy get shot in him hand, and his mother get graze on her foot," an eye witness said.

The residents said Saturday night's shooting was quite unexpected, especially since a meeting was recently held with men from sections of the community called Brooklyn and Sax.

As police combed the area for clues, tempers flared as women, allegedly from both areas, threw bottles at each other.

As the police tried to quell the situation by standing between both groups, the angry females turned their frustration into a cursing match and threw a string of derogatory remarks towards each other.