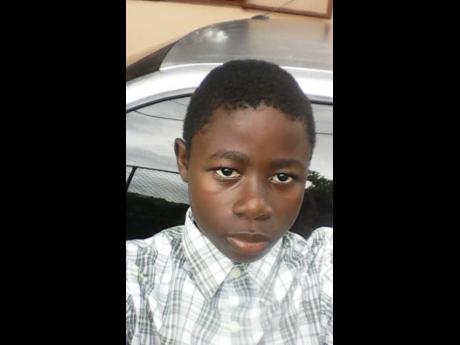 It has been three years of pain and misery for Angella Martin, who often wonders if her teenage son Okeem Golding is dead or alive.

The distraught Linstead, St Catherine woman said that her motherly instinct tells her that he was murdered.

Martin, a market vendor, said that she is just seeking closure. She thought she had, four days after Okeem disappeared on July 14, 2017.

A decomposed body, wearing the clothes she last saw Okeem in before he disappeared, was found behind a house on Chapel Street. The left hand was severed.

"Mi big son go look and tell mi say a him. When dem ready to wrap him up, dem show mi him and mi see di same new slippers, shorts, and underpants. Mi couldn't make out him face ... but mi know a mi son based on the clothes," she said.

However, a DNA test confirmed that the body found was not that of the 13-year-old.

"Mi keep on a ask how is not my son, when we already identify the body? Him did a wear the exact slippers, shorts, shirt and underpants, but dem say a no him, so is who den?" she asked.

She told THE STAR that Okeem, who was a grade-nine student at McGrath High School in St Catherine, had dreams of becoming a soldier

"Mi wah see him grave, or something, and just know say a deh so him bury so mi can go look for him. Dat likkle boy was my everything. If mi sick, a him mi see. All mi hair him used to comb for me. Everywhere a mi and him likkle brother. Sometimes mi wonder if him still alive. Mi just wah know what happen to mi baby," she said.

Left home to help out

Martin said Okeem had left their home to help out at a nearby cookshop, where he and his friends would get a small stipend or food as payment. She, however, grew worried when 8 p.m. passed and he hadn't returned home as usual.

Martin said her worries grew with each passing hour, and she spent the majority of the night searching the streets of Linstead for him.

"The next morning mi continue search for him. Mi ask him friends, but none a dem say dem nuh see him. Mi all cook the mackerel and rice whe him did say him want and hope say him soon come, but mi never see him," she said.

"Mi and mi next likkle son start walk the place again and when him get tired, mi put him back in the house and go back out in the late nights again, but still no sign of mi son. One a di time a man see mi and ask mi what mi a do pon di road so late, but mi couldn't sleep not knowing where mi son was," she said. Three years later she is no closer. Martin said that "school time" is the hardest.

"Mi feel it bad, because mi see say him nuh deh here fi go school. During the holidays him would go spend time with we relatives, so sometimes mi just try tell myself say him gone spend holiday," Martin added.