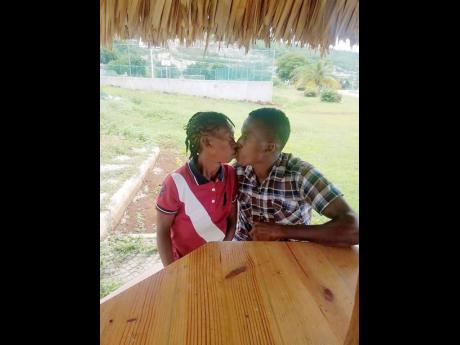 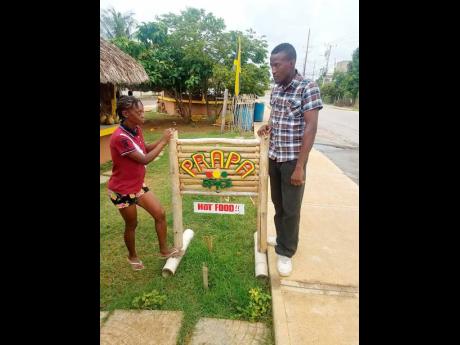 Social media darling Tanesha 'Rose' Thellwell will be heading to the altar with her on again-off again lover, Ford Spence, on November 2.

Videos of Thellwell began circulating on social media earlier this year. She kept her followers on the edge of their seats because of her love triangle with Spence and her 'side piece' Saundacan.

But she has chosen Spence, and now the Montego Bay couple, who spoke with THE STAR yesterday, said they will be tying the knot on Spence's birthday at a location in Lilliput in St James.

"Mi and her get engage in June and mi love har. Mi stop bun har and she say she nah go deh back with Saundacan, so we a go just dweet and done. She in har 40s and mi a 27 but mi nuh business," Spence said.

Thellwell stated that she met her husband-to-be at a plaza in Montego Bay and he instantly fell in love with her 'little and neat' shape.

Their relationship did not go without drama, and she barefacedly spoke of the reason she shared her love with another man.

"Mi did bun Epert (Spence) with Saundacan because Epert did have woman too. Saundacan wasn't fi mi alone and did a smaddy else man, but Epert a mine. Him did have a gal a farrin and mi see a video with him a sing happy birthday to har. Him give mi bun in front a mi face and mi a wonda a wat could cause dis. So mi give him back but mi nah go bun him again," she said.

Spence, a painter, listened as Thellwell spoke about her infidelity, but stated that he did not just sit and cry; he got even.

"When mi find out bout it, mi did cut up bad. Mi use to hear bout it but mi never believe. But afterward mi see a video a dem (Thellwell and Saundacan) do 'outta orderness'. So mi just go find somebody else and do the same thing," he said.

Thellwell is a fiery individual and is quick to get physical with any female who she believes may pose a threat to her relationship.

"Mi always a fight off di oman dem because mi nuh waan no gyal touch mi man. Mi nuh run man joke. Dem always waan hold on pon him hand when dem see mi. Dem always a keep up some idiot ting when dem see mi. Mi love Epert and him a my husband from long time, and a even dis week mi have to fight a girl up a Mahogany Place cuz she did a look mi man right in front a mi eye," she said.

Thellwell and Spence have garnered thousands of fans on their social media pages, and say they are appreciative of them all.

"Big up all a mi fans and mi love love dem. God bless dem and mi want all a uno come a we wedding," Thellwell said.