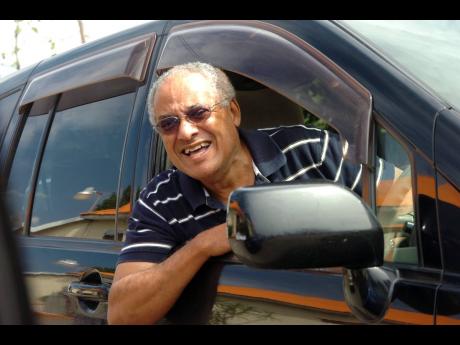 As the local death toll from the deadly COVID-19 virus reached 51 yesterday, there is a cry from some Jamaicans for their countrymen to take the virus seriously.

Veteran politician Dr D.K. Duncan, a former member of parliament for St Andrew East Central and Cabinet minister, died yesterday in hospital where he was admitted last month after testing positive for COVID-19. He was also MP for Hanover Eastern.

Deon Malcolm, a resident of Maxfield Park, said the government needed to frighten the people "from early" because "up to this day people don't take this virus serious".

Jamaica has so far recorded 46 COVID-19 related deaths, Duncan being among them. Five of the deaths were confirmed yesterday and another four are under investigation. Thirty-three of the deaths involve persons 60 years and older. Duncan was 80.

"I take it serious and it has nothing to do with Mr Duncan dying or anything because him was a great man and a good former MP. Him is just one of the thousands a people who dis virus kill. Some people mi see a wear masks say dem a protect themselves, then dem same one a pass round a spliff from man to man. You can imagine how much time corona pass dem mouth?" Malcolm said. Another Maxfield resident, Diana Williams, said she has been taking the virus extremely serious even before it began to trample local shores.

"From mi see how it did a kill off di people dem a farrin mi know say it wasn't a play ting. Mi really sorry for everyone who lose a love one and this hit closer to home every single day," she said. "Mi always a protect myself but in reality this virus just a draw people from each other. Imagine you have you relatives and friends and fraid to stand up close to them or hug them. It rough bad but we just have to protect ourselves the best way possible." Christopher Thompson urged persons to constantly change their masks.

"I don't know what else dem people here need fi frighten dem because a nuff time mi see some people a wear di same masks fi all four weeks. Dem don't know how to take it off properly and dem just contaminate the place. Them fling the mask anywhere and den just fling it back on dem face," he said. "Honestly I don't know if mi fi believe say is it kill Dr Duncan because right now dem a say no autopsy nuffi do on dem body deh, so anyone can dead and dem just blame it on COVID. So I really don't know."

Rosie Gowdie, who lives on Red Hills Road, said she still practises social distancing but cannot say the same about others in her community.

"It never take Mr Duncan to die fi mi take dis ting serious but the people dem round this side nuh have a care in the world. Mi fraid a di people dem like puss because dem just bundle up so. More time you look over the bar everyone just gather up outside," she said.