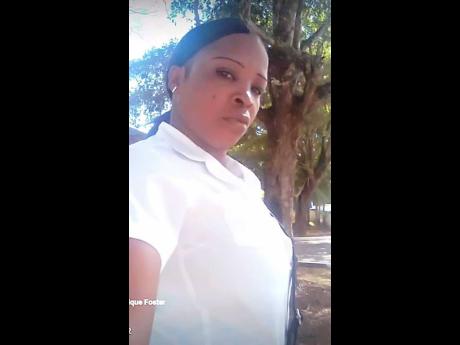 Superintendent Robert Gordon, commanding officer of the Westmoreland Police Division, says a frantic search has been launched to locate 35-year-old Jahniel Bailey, who was reportedly last seen by a fisherman on September 24 at West End in Negril.

According to information given by the fisherman, he and Bailey went to sea as they have done on numerous occasions. But when they returned inland, she was nowhere in sight.

"Based on the fact that we took up all the information, the marine unit has been doing some shoreline patrols and search to find out what is happening and we are hoping to find some good leads," Gordon told THE STAR. The fisherman is still under investigation but is not in custody. Meanwhile Bailey's White Hall, Westmoreland, family is puzzled.

Nicara Robinson said Bailey went to the shop to get something to eat on the day she disappeared.

"From that we been calling her and no answer," she said. "We start get concerned and a so we go to the station to report her missing because she never leave home and we call and not get her."

Have to be strong

Though hopeful for Bailey's return, Robinson's optimism is dwindling.

"Some people say they don't think that she is alive," said Robinson. "A just three sister and we close. Me can't even explain how me feel right now. But we just have to be strong for my mother."

Her mother, Sandra Smythe, said that the past two weeks have been harrowing.

"Bwoy, me just nuh know me a try to understand what could really happen to my daughter, this is strange," she said. "I just cannot sleep. If I tell you say I sleep for the past two weeks, I'm telling a lie." Smythe said she just wants to see Bailey return home.

"She never leave me out and she work and bring me money come give me. The love she has for me is what I miss the most right now and the encouragement she use to give me," she told THE STAR. "Even if she is dead, I just need her body because my heart is hurting me."