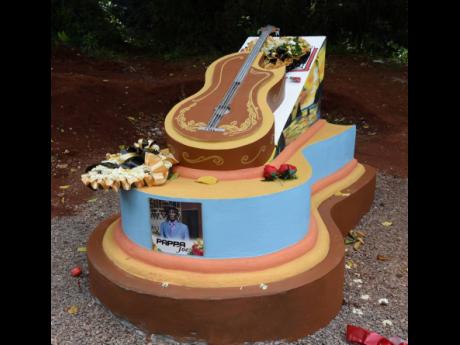 The grave of Joseph ‘Papa Joe’ Sinclair in St Toolies, Manchester. It is said that he loved playing his banjo at community events. 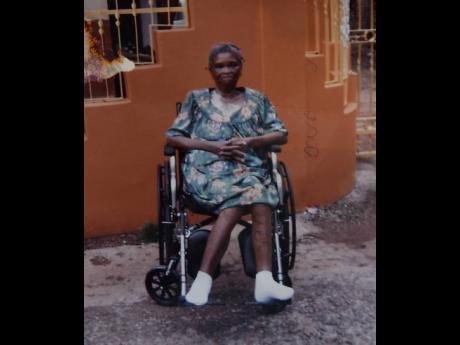 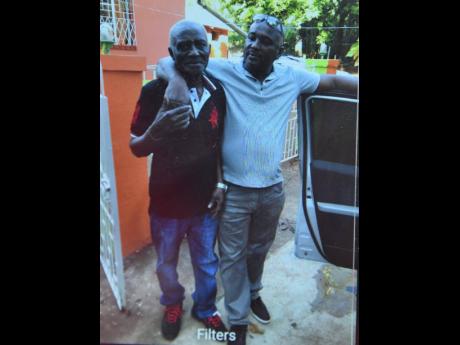 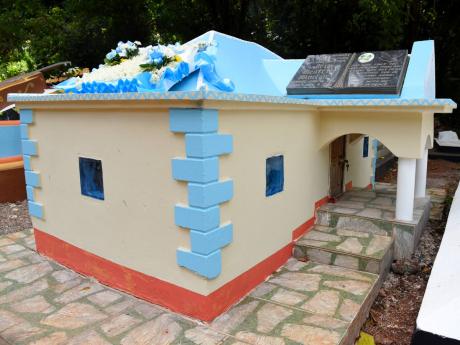 The church-styled grave of Iris Sinclair was a testament to her strong Christian faith.
1
2
3
4

It is impossible to travel through St Toolies in Manchester and not notice two of the graves at the Sinclair's family plot.

The eye-catching graves are shaped like a banjo and a church, and they belong to Joseph and Iris Sinclair, respectively. But who were they?

Their son, Vincent Sinclair, said his parents were arguably the most popular persons in St Toolies and surrounding communities because of their generosity. He smiled widely as he stated that his home was often referred to as 'Embassy' when he was a youngster.

"My parents were the mother and father for this community. I live in St Martin now and I buck a family from my side of world there. They will tell yuh that 'Papa Joe' (his father) or mi mother send dem go farrin. Our house was like embassy. If yuh wa go farrin, just come sit down on the step and yuh reach a farrin. Just ask anyone from here so to Toll Gate," a chuckling Vincent said. The Sinclairs had 13 biological children but Vincent said they were parents to several others.

Joseph passed away last October at the age of 92. He was the community's musician and a well-known butcher and businessman, and would often teach children how to play the guitar.

"Him love his guitar and people know him as the ackee man and the butcher. But yuh see the banjo, that was what he enjoyed, so I decide to do the grave in the form of a banjo. He was the music man in church and was the only musician in the community when mi a grow up. It was only natural that his grave was made this way," he said. Iris, who passed away in 2011, was a devout Christian who attended church rain or shine.

"When we a grow up, if we nuh go church, a problem and bare licks we would a get from we mada cuz she don't play when it come on to church. My father went to Anglican and my mother went to Church of God because she like the jump up ting. I never see my mada go anywhere else unless it was church so I decided to design her grave in the form of a church," he said.

Iris was also known for her tasty meals and would feed the elderly daily even though her household was huge.

"Yuh see when Mama use to cook, she use to send we with food to all the old people in the community and sometimes when we all reach to drop off the food, a one likkle piece a meat left cause a far we guh, so more time we start 'pick pick' it. Because she want we go and come back quick, she never use to make we eat first, so more time by the time mi reach di people dem, a likkle bit left," he laughed.