Woman unable to walk since getting injection 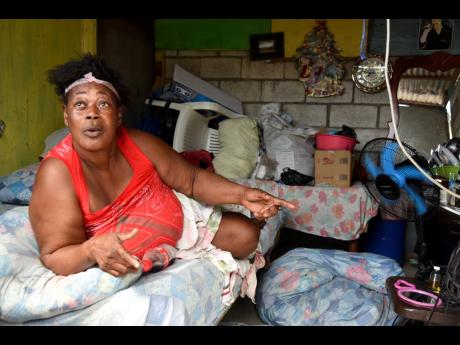 Frog City resident Yvette Spencer said she has been unable to walk since she was injected with pain medication in December. 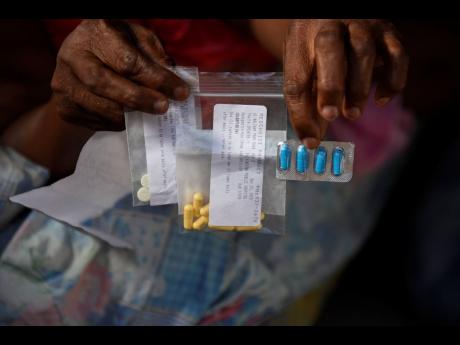 Yvette Spencer, of Maxfield Park, St Andrew, thinks her paralysis may have resulted from medication she received from a doctor who is treating her for back pains.
1
2

Usually, on a weekday, it would be impossible to find Yvette Spencer at her Maxfield Park, St Andrew home. She would be out vending to provide for herself and her 81-year-old mother, Francilla Patterson.

However, the 48-year-old said she has been unable to walk after receiving an injection for pain from a medical practitioner on December 28.

"Mi did have a wicked back pain and mi go a couple doctor well, but dem say dem can't see what a cause the pain, so dem never give mi any medication. The pain continue and mi visit a next doctor, and mi get an injection in mi leg, and some medication, and from deh so di pain get worse, and mi can't walk," Spencer told THE STAR.

"Every day mi just have to lay down in mi bed, and mi can't go out go juggle mi likkle soap and tings dem again," she bemoaned.

Spencer said that she does not know the name of the injection that she was given, and neither was she told of any possible side effects. She showed THE STAR a set of tablets, labelled as Gabapentin and Meloxicam, which she said were given to her by a doctor in the public sector.

Gabapentin is a medication used to relieve nerve pain. Meloxicam is used to treat pain and inflammation in rheumatic diseases and osteoarthritis.

Spencer said she want back to the hospital on December 31 and was told by a doctor to discontinue taking the tablets. She said she feels constant "shocks" and "needles running all over" since being medicated and is hardly able to get out of bed in order to do the simplest of bodily functions, as her legs cannot carry her.

But the pain and near paralysis being experienced by Spencer is just part of her problem. Her house in the Frog City section of Maxfield Park has been demolished by National Housing Trust (NHT) contractors to make way for a $810-million housing redevelopment. Full-scale infrastructure work began in March 2019.

Spencer said that her mother pleaded with the contractors, who told her that she could temporarily build on a plot of land. Last year, she erected the one-room dwelling which they both share. Residents whose houses were demolished got a $30,000 grant as an assistance for relocation from the informal settlement. Spencer, however, stated that she refuses to accept the money.

"My house value a lot more than that. Dah amount a money whe dem a give is like dem a insult mi, and further more, because mi nuh have anywhere to go yet, mi can't get it either," she said.

"If mi could a get a little piece a land mi would be okay, and even little help to build it (a house), mi would be happy."

Persons wishing to assist Yvette Spencer may contact her at 876 5880 9573 (there is an extra digit in this number).