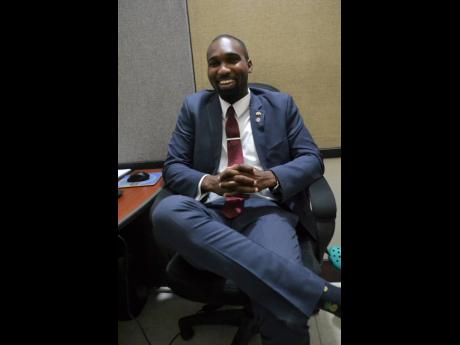 It was never Adrian Wellington’s intention to become a policeman.

In fact, when he accompanied a friend who was going to enlist in the Jamaica Constabulary Force (JCF) in 2011, he reluctantly did the test as well, just to keep his options open. Wellington said he never expected to be accepted into the force, but he did, in May 2012. Today, he is detective sergeant within the force’s Polygraph Unit.

“Every single year my love for the JCF grew. I realised there are many other opportunities, just as it is in other professions. The love grew incrementally,” he said.

The chance to become a polygraph examiner came when he was reading the JCF’s weekly newsletter, The Force Orders. Applicants were being solicited to gain training and certification in polygraph testing and Wellington applied. He and the others chosen were sponsored by the US Embassy to complete 10 weeks of rigorous training at the New England Polygraph Institute in 2017.

He describes himself as a gatekeeper of the force, as he conducts polygraphs on new recruits, thus “getting rid of the bad apples who have intentions to infiltrate the JCF”.

In his office, he proudly displays the tools that fuel his passion. Carefully, he assembled the various components of the machine to demonstrate how a polygraph is conducted. With a poker face, he conducted an exhibition in less than 15 minutes, observing as the computer decrypted each response. The 28-year-old said he does two interviews daily, some lasting for three hours or longer.

He said that contrary to what some believe, polygraph machines do not shock the individual, and the process is not as dramatic as is commonly televised. He added that persons try to cheat polygraphs, however, it is easy for him to pick up on their efforts due to his training.

His intentions are to help grow the Polygraph Unit from its current numbers (10) and have it evolves into the best unit in the Caribbean.

“I do believe there is a space to grow, it allows a lot of opportunities in the force. It is such a powerful tool, there is so much we can do with it,” he said.