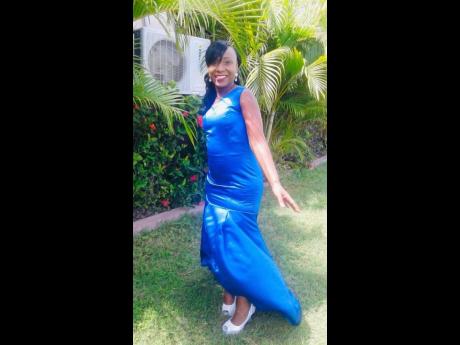 A US-based gospel artiste has come to the defence of the policeman in the now viral sex video, saying she would gladly take him if his relationship status changed.

Samantha Gardner, who is known for gospel songs such as Miracle, and Only You Lord encouraged the embattled constable to "stay strong".

"It's not like it was a man that they caught him with, and oral sex isn't or was never taboo. A lot of persons who are bashing him is doing worst behind closed doors," she said. Gardner, who said she is recently divorced, quoted the Bible, saying that "all have sinned and come short of the glory of God".

"I am a Christian but I have feelings. The Bible says anyone without sin should cast the first stone. I am sure everyone will remember the woman in the Bible who had five men and none of them belonged to her. No one could cast a stone because they were all sinners," Gardener said.

The constable, who is reportedly a married deacon, caused a social-media frenzy after video footage of him performing oral sex on a woman while still in his uniform surfaced online. On Tuesday, Police Commissioner Major General Antony Anderson ordered that he be placed on interdiction as an investigation gets under way. But Gardner admitted that she became aroused after watching the video.

"I know it's not me alone but some women will not admit it. I got chills all over my body and I can see how experienced he was and I won't lie, places in my body got weak. I wished I was the woman in that video," she said. Amid rumours that the lawman's wife is contemplating divorce, Gardner said that if that happened "I am here for him".

"I am willing to not only share my bed with him but my life because he is blessed in more than one ways. I really don't see what this big uproar is about. I would help him to migrate if push come to shove because I heard he is not doing well," she said.