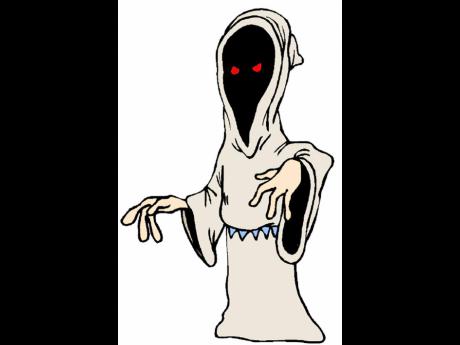 John Brown*, a St Catherine man who said that he was being tormented for years by the demonic forces, has hailed the works of an obeah man, who he said chased away the duppies.

Brown said that he paid $100,000 to the obean man and got value for money because he can now live in peace.

"Mi deh here a cry tears of joy, mi feel happy. Mi don't know how much mi can thank him, but mi rate and love what him do for mi," Brown said in reference to the so-called obeah man.

Brown, who is in his early 30s, said for the past seven years, he and his family were unable to leave their home without having to be concerned about stones being hurled at them. In addition, he said the duppies were also consuming their meals and causing spoilage.

"When mi look two side, nobody nuh deh deh but stone a lick mi. A night-time a bare tings a fling pon mi house top, but is not a living person a fling dem. Whole heap a lick mi get. Di duppy dem eat out di food so all di kids dem in the yard start get sick, and a bag a tings did just a reach mi," he said.

According to Brown, the $100,000 he paid to rid his yard of the demons was a small price to pay for his peace of mind. He said he had no idea why they were being targeted by the stone-throwing duppies.

He said that he has sought assistance from more than a dozen spiritualists over the years, spending thousands of dollars in the process. However, they were unable to rid him of the demonic attacks until he was introduced to the obeah man, who is said to based in the eastern section of the island.

"As soon as mi talk to this man, mi feel like a God himself mi talk to. Now mi can sleep good a night-time because a night-time a use to bare boom, boom mi a hear on the housetop. Right now mi yard feel free like Zion," he said.

Meanwhile, the obeah man told THE STAR that the yard in which Brown lives was being terrorised by four ghosts and a demon.

"These people lived closed to some old graves that were disturbed by mischievous persons who wanted to take over the yard. These ghosts would torment the yard at night, especially between 11 p.m. and 12 midnight, so that's when the family would hear noises and so on. The spirits were throwing stones at the occupants of the yard and that is just not a good way to live, so I had to help them," he said.