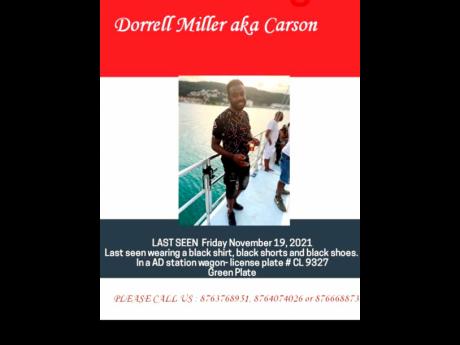 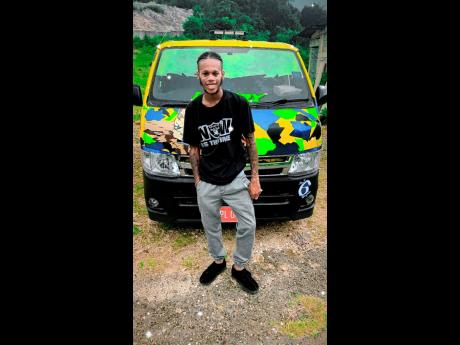 It has been 11 days since 24-year-old Dorrell Miller and his friend Matthew Evans, 19, disappeared and their loved ones are seeking answers.

Speaking with THE STAR yesterday, Matthew's father David Evans says this behaviour is unlike his son and he is seeking the public's assistance in locating the men. He says his son manages a passenger bus that he owns and is not known to be involved in any wrongdoings.

"I know Matthew and he would not just go anywhere and leave his family. He is a good son, so I know something went wrong along the line. I would appreciate if who is responsible for their disappearance would just reach out to us. If they are dead, just tell us where to find their bodies so we can give them a proper burial and if they are alive, please just send them home," he said.

Evans said they realised something was wrong when Matthew did not turn in the vehicle he was driving.

"When he was leaving, he told his mother that he will be back soon and his brother reminded him that he was waiting on his car. Every morning he would take the bus to the designated driver and returns home and do his chores and whatever else and in the evening, he would go and collect the money that is made for the day. We knew something was wrong when he didn't turn up to conduct business and returned home," he said.

Miller, aka 'Carson', who hails from Tredegar Park in Spanish Town, also in St Catherine, was last seen wearing a black pants, black pants and black shoes. Evans said the duo was last seen in a Nissan AD wagon with a green licence plate CL 9327. For Verona Miller, Dorell's mother, it has been nothing short of sleepless nights and distress.

"I am not doing well. There is a part of me that is there for the rest of my family and another part of me is empty. This is affecting my sleep and I am not eating and there are times when I just feel like running away. I just wish I could just hear him calling me. He is a quiet person, but he likes to provoke me to the point where I would get upset sometimes. He gets fun out of it and then he would laugh and say 'Mommy I know I have your ticket'. I just want to know what happened to my son," she said.

She described her son as an introvert who is a bus driver who plies the Spanish Town to Portmore route.

"He is not a talkative person. He told his girlfriend when he was leaving that he was going to take the bus to a garage in Portmore to get it fixed. That is really all I know," she said.

Anyone with information on the whereabouts of Miller and Evans is being asked to contact the Spanish Town police at 876-984-2305 or the Greater Portmore police at 876-949- 8422.